Home >> Daily Dose >> Millennials Are Being Savvy About Refinancing

Millennials Are Being Savvy About Refinancing 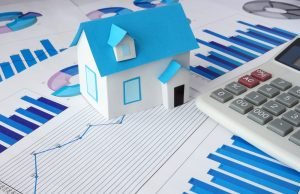 Millennials continued to take advantage of lower interest rates in September to refinance their mortgages, finishing the month with the highest rates of millennial refis since February. That’s according to the latest Ellie Mae Millennial Tracker report, which found that refis by millennial borrowers made up 14 percent of all closed loans in September.

Joe Tyrrell, Ellie Mae’s EVP of Corporate Strategy said the savvy use of refinancing among millennials is a sign of a maturing generation of borrowers and buyers who previously purchased a home and are looking for an opportunity to lower their monthly interest payments.

In raw numbers, that maturation is showing definite signs that younger borrowers are indeed savvy about their finances. According to the millennial tracker report, the average age of a millennial primary borrower refinancing a home was 31.5 years old and had a FICO score of 732. Most primary borrowers who refinanced were male.

The share of conventional loans increased from 64 percent to 65 percent from August to September. At the same time, FHA loans dropped from 32 percent to 31 percent. The average FICO score of Millennial borrowers who closed on loans in September decreased slightly to 723, from 724 in August.

The top markets for millennial borrowers in September were spread pretty far and wide, but were all in smaller cities. According to Ellie, the top five millennial-friendly markets were Cumberland, Maryland, Gillette, Wyoming, Williston, North Dakota, Cadillac, Michigan, and Fairmont, West Virginia.

Previous: What Does Lennar’s Billion Dollar Merger Mean for the Market?
Next: Mortgage Data Security: Opportunities for Improvement