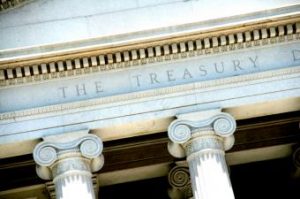 Earlier this year, the U.S. Treasury Department released its plan to reform the housing finance system. As part of that reform, Fannie Mae and Freddie Mac are preparing to exit conservatorship. However, a new paper from the Urban Institute states that the Treasury’s plan is “based on a misconception,” regarding Fannie and Freddie’s dominance. The plan, Urban Institute’s Laurie Goodman, Jim Parrott, and Mark M. Zandi note, would result in “would result in less access to mortgage credit, greater risk to the taxpayer and no end in sight for the system’s reliance on a too-big-to-fail duopoly.”

According to the department, the Treasury Housing Reform Plan consists of a series of recommended legislative administrative reforms aimed to “protect American taxpayers against future bailouts,” preserve the 30-year-fixed-rate mortgage, and help guide Americans toward the path to homeownership.

“The Trump Administration is committed to promoting much needed reforms to the housing finance system that will protect taxpayers and help Americans who want to buy a home,” said U.S. Treasury Secretary Steven T. Mnuchin in a release by the department. “An effective and efficient Federal housing finance system will also meaningfully contribute to the continued economic growth under this Administration.”

Urban alleges that with the GSEs holding on to only a small amount of credit risk, the only way in which Treasury might meaningfully reduce their dominance is by reducing their mortgage origination footprint, however, the proposal does not do this.

“While the Trump administration’s ultimate objective is the release of the GSEs from conservatorship as privately owned financial institutions, it is not at all clear that is where its proposed reforms would actually lead,” Urban said. “In order for the GSEs to build the level of capital presumably needed under the capital regime eventually imposed by the FHFA, they will need to go to the capital markets for what would likely be the largest capital raise in the nation’s history. This is only possible if the administration can get investors comfortable with what they are being asked to invest in.”