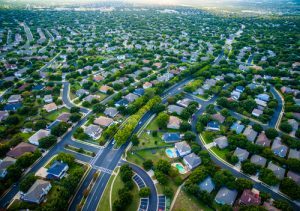 Home prices rose in more than 90 percent of America’s metro areas last quarter, according to a new report from the National Association of Realtors (NAR). The national median home price jumped 6.1 percent over Q2.

Nineteen metros—about 11 percent of all MSAs—experienced price increases in the double-digits. That’s down from Q2’s 23 percent. The metro with the biggest jump in median price was San Jose, California at 16.5 percent.

“The stock market's climb to new record highs, the continued stretch of outstanding job growth and mortgage rates under 4 percent kept homebuyer demand at a very robust level throughout the summer, Yun said. “Unfortunately, the pace of new listings were unable to replace what was quickly sold,” Yun said. “Home shoppers had little to choose from, and many had out outbid others in order to close on a home. The end result was a slowdown in sales from earlier in the year, steadfast price growth and weakening affordability conditions.”

Inventory of existing homes is particularly low. According to NAR’s report, just 1.9 million existing homes were on the market at the close of Q3, down 6.4 percent since 2016.

But existing homes are only part of the problem, Yun says. New construction levels are also wavering.

“While there was some moderation in price appreciation last quarter, home prices still far exceed incomes in several parts of the country—especially in the largest markets in the South and West where new home construction simply is not keeping up with job growth,” he said. “Without a significant boost in new and existing inventory to alleviate price growth, job creation could slow in high-cost areas in upcoming years if residents begin exiling to more affordable parts of the country.”

Read the full report at NAR.Realtor.