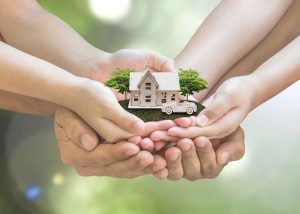 This week, a group of housing organizations sent a letter to several government officials regarding mortgage relief options for homeowners living in areas affected by the natural disasters.

In the letter, the organizations ask for their specific leadership to prevent further devastation in communities that were hard hit by Hurricanes Harvey, Irma, and Maria, and the recent wildfires in California.

“The options available to homeowners affected by natural disasters should be strengthened, and should be available to all homeowners, regardless of who owns, insures or services their mortgage,” the organizations wrote.

In reaction to the letter, Ray Barbone, Chairman of the National Mortgage Servicing Association (NMSA) and EVP of Mortgage Services at BankUnited said, “NMSA  is committed to ensuring that homeowners affected by the natural disasters of the recent months are protected.”

“The mortgage servicing industry looks forward to continuing active participation in the process of aiding residents in returning to their homes,” Barbone continued. “It is in the best interest of all parties—lenders, government entities, and most importantly homeowners—that prudent steps be taken to ensure that homeowners have a clear understanding of their options under this unique set of circumstances.”

Barbone added that since the onset of these disasters, NMSA leadership has been in regular communication with leaders from HUD, FHFA, the GSEs and other federal stakeholders for the purpose of developing prudent and responsive servicing policy in the name of preserving homeownership for those who wish to remain in their homes.

“The mortgage servicing industry will continue our practice of open communication with all interested parties and we remain confident that federal housing authorities will sensibly address the existing needs of homeowners,” said Barbone.

Regarding disaster relief forbearance, the group proposed allowing affected homeowners to hit pause on their mortgage payments while they are responding to the emergency, assessing their financial situation, and putting their lives back together. According to the letter, “homeowners shouldn’t be penalized for needing help in the wake of a disaster.”

A few of the recommendations outlined in the letter include:

Additionally, the letter addressed the concern for homeowners needing immediate resources to stabilize their homes, recommending that mortgage servicers should be, “instructed to release up to $10,000 up-front made payable only to homeowners and to release the balance of the funds as homeowners rebuild.”

The letter was signed by the following organizations: