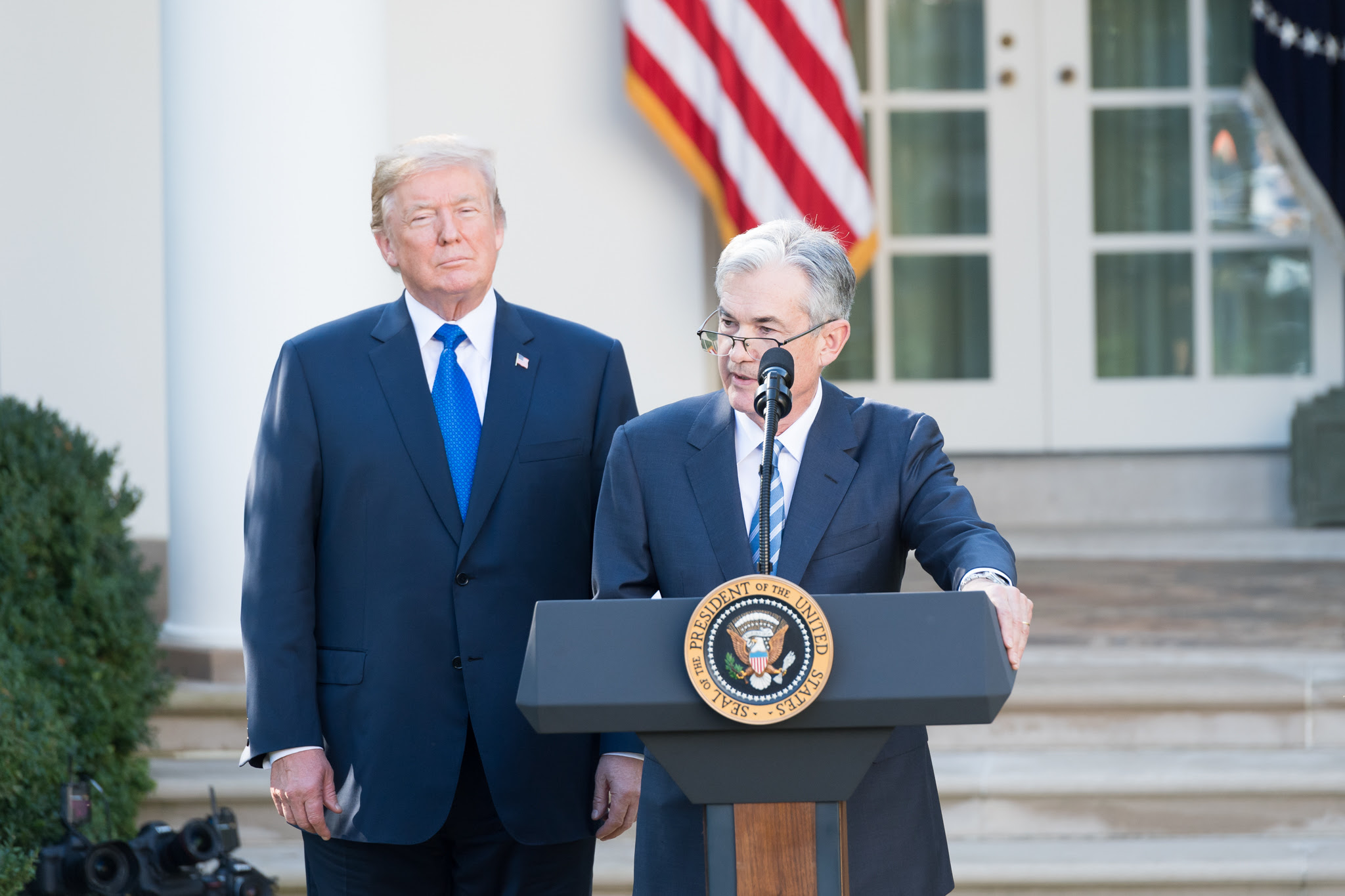 Today, President Donald Trump announced the nomination of Jerome Powell, a Federal Reserve Board governor who previously worked as a private-equity executive, as Fed Chair to succeed Janet Yellen.

The President said there are few positions more important than this in our government as he urged the Senate to confirm Powell.

"He's strong, he's committed, and he's smart," President Trump said during the official announcement. "And if he is confirmed by the Senate he will put his considerable talents and experience to work, leading our nation's central independent bank, which has the critical responsibility to set monetary policy and our banking system as a whole."

Taking the podium after the President, Powell said, "If I am confirmed by the Senate, I will do everything in my power to achieve congressionally assigned goals of stable prices and maximum employment."

Powell continued, "Inside the Federal Reserve, we understand that monetary policy decisions matter for American families and communities. I strongly share that sense of mission and I am committed to making decisions with objectivity based on the best available evidence in the longstanding tradition of monetary policy efforts."

The choice of Powell as new Fed Chair is a departure in a long tradition of reappointing Fed chairs to a second term since G. William Miller was the Fed Chair in 1979 under President Jimmy Carter.

Powell has served as a governor of the nation's central bank since he was nominated by President Obama in 2012, but much of his career has been in investment banking and private equity. If elected Powell is the first former investment banker to hold the position.

A Princeton University graduate, Powell was a lawyer in New York before he joined the investment bank Dillon Reed & Co. in 1984. He stayed there until he joined the Treasury Department in 1990. After he left Treasury, Powell worked as a partner at Carlyle Group, the private equity, and asset management giant, from 1997 to 2005.

Powell expressed his thoughts on the normalization of Monetary Policy during his most recent speech in June for the Economic Club of New York. Powell said:

"The healthy state of our economy and favorable outlook suggest that the FOMC should continue the process of normalizing monetary policy. The Committee has been patient in raising rates, and that patience has paid dividends."

“The nomination of Jerome Powell is an encouraging signal that the monetary policy that has been successful in stabilizing and maintaining the economy will continue in the near term, said Five Star Institute President and CEO Ed Delgado. “Powell’s wealth of diversified experience and deep understanding of our economy will serve him and the nation well in the years to come.”

Previous: Yellen Stays the Course, Trump Maps the Fed’s Future
Next: How the GOP Tax Plan Will Impact Housing