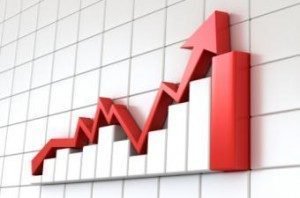 A report examined the state of the economy and how the housing market is faring. A government-sponsored enterprise (GSE) completing a decade under conservatorship announced its Q3 results. And a large bank moved toward settling mortgages under the direction of the Department of Justice. These are three of the top stories making the news this Friday. Here's what you should be keeping tabs on as the nation goes to vote for the mid-term elections on November 6:

The Case for a Strong Economy

The Bureau of Labor Statistics [1] released the jobs data for October on Friday, indicating that while unemployment remained low, wages saw an annual increase of 3.1 percent from the same period last year.

According to Tendayi Kapfidze, Chief Economist, LendingTree [2], the low labor force participation rate has been holding wages back "so it will be important to see if this uptick is sustained since the year-over-year growth may have been biased upwards by a weak number in October 2017."

Rising wages have affected home buying too, according to Mark Fleming, Chief Economist at First American [3]. “If household income had not increased compared with a year ago, rising mortgage rates, which jumped from 3.9 to 4.8 percent over the last year, would have reduced consumer house-buying power by $38,000," Fleming said. "Rising household income mitigated the impact of higher cost mortgages by $11,000."

Fannie Mae [4] turned a profit in the third quarter and expects to pay $4 billion in dividends to the U.S. Treasury [5], according to the GSE's Q3 financial statement [6], released Friday.

What all this means for shareholders is a net income of $36 million or $0.01 per share. That compares to last year's Q3 net loss of $25 million.

Fannie's interim CEO, Hugh Frater, said Q3's results show a positive forward momentum. “We are focused on serving our customers, helping them navigate market headwinds, and enabling a mortgage process that is better, faster, cheaper, and safer,” Frater said. “That means we have a responsibility to innovate while maintaining our strong commitment to safety, soundness, and stewardship on behalf of taxpayers.”

Goldman Sachs [7]', forgiving principal on 746 loans, is steadily moving closer towards fulfilling its $1.8 billion consumer-relief obligation under its two April 11, 2016, mortgage-related settlement agreements with the U.S. Department of Justice and three states, according to an announcement by Eric D. Green in his ninth report as independent Monitor of the consumer-relief portions of the agreements.

Since Green's previous report on August 1, 2018, Goldman Sachs has forgiven a total of $78,678,617 in principal on 746 first-lien mortgages, for the average principal forgiveness of $105,467 per loan and total reportable credit of $79,272,978after the application of appropriate crediting calculations and multipliers. The bank has now modified a total of 10,671 mortgages.

The modified mortgages are spread across 42 states and the District of Columbia, with 32 percent of the credit located in the settling states of New York, Illinois, and California, and 47 percent of the credit located in Hardest Hit Areas, or census tracts identified by the U.S. Department of Housing and Urban Development as containing large concentrations of distressed properties and foreclosure activities.

"I am pleased to be able to confirm that Goldman Sachs continues to make steady progress toward meeting its obligation to provide Consumer Relief valued at $1.8 billion," Green said.