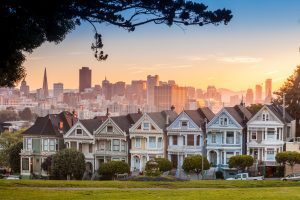 A new report from California Builder Services (CBS) has highlighted five new trends that California builders are adopting as they enter 2022 and change the landscape of housing development projects in the future.

The report, “Five Trends Shaping New Home Development in California,” examines the factors contributing to the future of new real estate in the Golden State.

CBS is a single-source consulting firm providing essential services that builders and land developers of residential subdivisions need to obtain State of California approval to market and sell their lands to the public. CBS staff is comprised of trained professionals who specialize in the California Department of Real Estate (DRE)-approval process.

"As a collaborator with builders and community managers from Lake Tahoe to San Diego, I'm constantly having conversations with people on the frontlines of real estate development in our state, and if one thing is certain, there is a lot of uncertainty out there," said Scott Ford, President of California Builder Services in a release. "That's in part why we decided to take a deep dive into trends we're noticing and hopefully provide a consensus resource for both those of us in real estate and those on the outside wanting to look in."

Environmental Wildcards
With its varying temperature zones statewide, residents living in Northern California will have differing climate concerns from those residing in the Southern part of the state. Wildfires impact insurance costs, and insurance premiums remain a primary concern for Californians who live in high-risk zones, as insurance premiums have risen anywhere from 300% to 500% since 2019 in those impacted areas, according to the study. An estimated 340,000 policyholders were forced to terminate their insurance within the past four years due to a spike in premiums.

Construction Costs
Continued supply chain issues have factored into material price fluctuations, causing spikes in construction costs and delays to completion dates. According to the National Association of Home Builders (NAHB), increased lumber prices added roughly $24,000 to the cost of building a new home in summer 2021, with the price of lumber up 249% from mid-April 2020 to mid-June 2021.

“These constraints are creating the necessity for project managers and building contractors to seek even greater efficiencies to keep costs down while still meeting the desired quality-to-amenity ratio desired by incoming homeowners,” said the report.

Updated Building Codes
In a move to transition away from fossil fuels and cut carbon emissions, the California Solar Mandate is a building code that requires new residential construction (single-family homes and multi-family up to three stories) to have a solar photovoltaic system, or PV, as an electricity source as of January 1, 2020. Under the current law, homeowners will need to build a solar panel into the house and will need to wire a 220-volt plug directly to their unit for electric vehicle charging.

“While this will initially be an added expense for homeowners, it will be an investment in the future for a safer and well-maintained environment,” said the report. “This will pave the way for neighborhoods and individual homes to be viewed through a different lens.”

Action Inland
Home prices have risen in the Inland Empire region over the past year—this is the area to the east of the major coastal cities in Southern California, with the cities of Riverside and San Bernardino serving as its hub.

According to CBS, the state’s Central Valley region is more affordable with more open land to develop compared to the Bay Area, as a home buyer can purchase a 3,000-square foot home in Fresno, California for the same amount as a 500-square foot studio apartment in San Francisco.

Communal, Co-Owned Living
CBS found that while single-family housing starts in California grew in 2020 (just under 1%), multi-family starts were down significantly, experiencing a 9% decline in 2020, compared to the previous year.

“This is partly due to construction challenges during the pandemic, but also from zoning regulations in local communities or potentially the ‘not in my backyard’ mentality of some communities not wanting an apartment complex in their suburb,” stated the report.

CBS did note that millennials, particularly those who went to college and experienced dorm life and desired to maintain a sense of community, have gravitated toward tenancy in common (TIC) developments.

“TICs are a legal, co-ownership form of communal living where a buyer buys into a shared space with two or more owners,” stated the report. “Each buyer owns an equal—or unequal—percentage of the underlying Lot (i.e., four tenants each own 25% of a property and either pay in cash or take out mortgages on the amount they own) and exclusive rights to their private dwelling space. Everyone owns a percentage of the entire property, so all share group spaces (like a nice outdoor hosting area).”

CBS notes that TICs are a means for those who otherwise couldn’t afford a mortgage in a place like San Francisco or San Jose to at least own a portion of the property they reside in.