Dream Analysis: The State of Homeownership 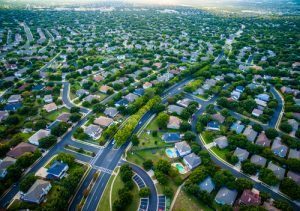 One of the side effects of ever-increasing U.S. home sale prices is that those higher prices are squeezing out buyers in highly competitive, low-inventory markets. According to Rosen Consulting Group, the homeownership rate across the United States dropped from a peak of 69 percent in 2004 to just below 64 percent in the third quarter of 2017.

Ken Rosen, chairman of Rosen and UC Berkeley's Fisher Center for Real Estate & Urban Economics, framed the situation in stark terms: "Homeownership in the United States today is in a crisis.”

On Friday, Rosen Consulting and the Fisher Center released their latest report on the state of the American housing situation and its ideas for how to fix what Rosen said was a major public issue. The report, "Rebuilding the American Dream: Strategies to Sustainably Increase Homeownership, proposes more than two dozen ideas aimed at bolstering homeownership.

Reducing restrictive housing and zoning codes at state and local levels is one suggestion the report makes. It also advocates increasing modular home construction to give lower-end buyers options to enter the ownership market.

“Building housing units in box-like modules in an off-site factory could significantly reduce construction costs by up to 20 percent, while substantially increasing supply” the report stated.

But the main thrust of the report’s recommendations centers on finding ways to help people pay for houses in the first place. One suggestion is a downpayment savings program that would operate like a 401k or IRA; something that sets aside a portion of income toward the purchase of a home without a tax penalty.

“Such a model could be implemented at the state or federal level, making it easier for first-time homebuyers to afford a home,” Rosen reported.

Similarly, the report suggested, shared equity programs allowing multiple entities equity shares in home multiple parties could open more doors to homeownership. Rosen wrote that there are “a variety of approaches, including nonprofit models, private companies that partner with homebuyers to provide funds for the down payment, and co-buying arrangements among family members or non-related housemates.”

One of the biggest hindrances to homeownership among Millennials has been student debt, something Rosen said needs to be addressed.

The firm recommended creating a student debt mortgage program that adds outstanding student debt into new mortgages “The borrower would have one payment, lower than the two individual payments, promoting greater affordability and supporting first-time homebuyers,” the report stated.

The report also recommended creating counseling programs for homeowners who have completed a foreclosure.

"These are innovative and common-sense reforms that can be implemented locally or nationally, and will promote homeownership across the country,” Ken Rosen said. “Many of these policies, such as overriding local land-use regulations with statewide reforms or helping households afford a home through shared equity or student debt mortgages, are bold ideas that could help millions of families secure the American Dream."

Previous: Organizations Reach Out for Borrower Mortgage Relief Assistance
Next: Fed’s MBS Runoffs Projected at $197B in First Year