Fed’s MBS Runoffs Projected at $197B in First Year 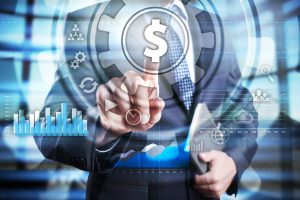 The Federal Reserve’s plan to reduce the amount of agency mortgage-backed securities (MBS) and U.S. Treasury securities (Treasuries) it owns will run off slower than its targeted amounts, according to a recent report from the Urban Institute titled "Normalizing the Federal Reserve's Balance Sheet: The Impact on the Mortgage-Backed Securities Market." The authors of the report, Laurie Goodman, Codirector of the Housing Finance Policy Center, and Bing Bai, a research associate for the Urban Institute, examine the Fed's near-term path mortgage portfolio to understand when the portfolio will normalize.

Starting in November 2008 and ending in September 2014, The Federal Reserve began buying large quantities of assets from the private sector as a method of quantitative easing. As of September of this year, the Fed now owns $1.77 trillion of MBS (nearly 29 percent of all outstanding MBS) and $2.45 trillion of treasuries.

Based on similar assumptions made by the Fed, Goodman and Bai believe there will still be $1.18 trillion of MBS on the Fed’s books after their balance sheet normalizes. The researchers also believe the Fed should take advantage of the investment period left to do more rebalancing, as well as take additional action to help launch the single government-sponsored enterprise security.

Based on assumptions from two separate surveys of primary dealers and market participants released by the Fed in July 2017, the researchers found the Fed’s baseline portfolio in 2025 will be $2.84 trillion. This is larger than levels prior to the crisis but smaller than the current level of $4.46 trillion.

As the winding down of begins, the projected mortgage runoffs during the first year will total $197 billion, providing a $120 billion runoff and a $77 billion reinvestment. The Institute believes for the first year and the year after, the paydowns in this base case generated by the portfolio will be insufficient for covering the targeted runoff.

Regarding treasuries, Goodman and Bai project there will be $369 billion in paydowns in the first year, producing a $175 billion runoff and $194 billion reinvestment.

To read the full report and the researchers’ recommendations, click here.