Measuring the Fed’s Tapering Impacts on the Mortgage Market 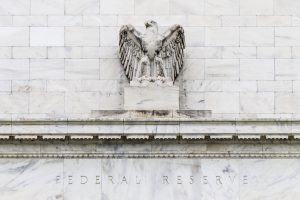 The Federal Reserve has announced today that it will begin a gradual taper, cautiously easing away from emergency stimulus after jumping into action to maintain U.S. economic stability since the outset of the pandemic in March 2020.

Citing “progress on vaccinations and strong policy support, indicators of economic activity and employment continuing to strengthen,” the Fed will maintain the target range for the federal funds rate at 0 to 1/4% until the labor market maintains levels consistent with the Federal Open Market Committee's (FOMC) assessments of “maximum employment and inflation at 2% percent.”

“Today, the FOMC kept interest rates near zero and, in light of the progress the economy has made toward our goals, decided to begin reducing the pace of asset purchases,” said Jerome H. Powell, Chairman of the Board of Governors of the Federal Reserve System in a statement. “With these actions, monetary policy will continue to provide strong support to the economic recovery. Given the unprecedented nature of the disruptions related to the pandemic and the reopening of the economy, we remain attentive to risks and will ensure that our policy is well positioned to address the full range of plausible economic outcomes.”

Part of the rollback the Fed will initiate is the scaling back of purchasing billions in government bonds and other assets monthly, reducing that by its current pace of $120 billion purchased presently, dropping that total to $105 billion in November, and to $90 billion by December.

In terms of the housing finance space, the Fed tapering puts upward pressure on mortgage rates. As noted by Odeta Kushi, First American Deputy Chief Economist, forecasts from Fannie Mae, Freddie Mac, the Mortgage Bankers Association (MBA), and the National Association of Realtors (NAR) predict that rates will hit 3.2% by the end of the year, and inch toward the 4.0% mark by the close of 2022.

“Examining the history of rising-rate eras provides some insight into how home sales and home prices may behave as rates rise,” said Kushi.

And as rates have inched above the 3% mark in recent weeks, those homeowners looking to save money through a refi have declined week by week. The MBA reported this week that the share of refi application volume fell to 61.9% of total applications, a mark last seen in January 2020.

“Context matters,” said Kushi in a release. “The Fed tapering likely will prompt mortgage rates to rise, but it does not mean that the housing market will crash, although we may see some cooling of purchase demand, and definitely a cooling of refinance demand. For purchase demand, context matters, and an improving economy and millennials aging into their prime home-buying years means the context remains good for the housing market.”

Previous: Where Are Home Prices Rising the Fastest?
Next: Winning the War Against Margin Compression