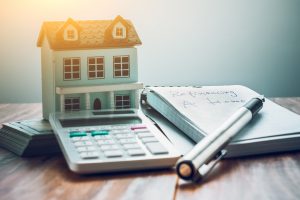 "Mortgage rates decreased for the first time since August, as concerns about supply-chain bottlenecks, waning consumer confidence, weaker economic growth, and rising inflation pushed Treasury yields lower,” noted Joel Kan, MBA's Associate VP of Economic and Industry Forecasting. “Most of the decline in rates came later in the week, which is likely why refinance applications declined to the lowest level since January 2020, and the overall share of activity fell to the lowest since July 2021.”

"Government refinance applications fell for the sixth straight week, as it becomes evident that an increasing number of borrowers have already refinanced,” said Kan.

And while rising rates have afforded many Americans the opportunity to refi at a lower rate, by all indications, the refi market is slowing week by week. However, Black Knight’s September Mortgage Monitor has reported that approximately 8.8 million mortgage holders have saved upwards of $1.3 billion a month, or $14 billion in total savings, since the start of the pandemic by refinancing their homes, taking advantage of record-low low interest rates. By the end of 2022, Black Knight estimates that those borrowers who refinanced will have realized nearly $35 billion in aggregate savings, with the potential for nearly $16 billion per year in continuing, ongoing economic stimulus.

"Purchase activity continues to be held back by high prices and low for-sale inventory, but current applications levels still point to healthy housing demand,” said Kan. “MBA is forecasting for a record $1.6 billion in purchase mortgage originations this year, and sustained demand leading to another record year in 2022."

Previous: What Factors Impacted Q3 LO Compensation?
Next: Where Are Home Prices Rising the Fastest?