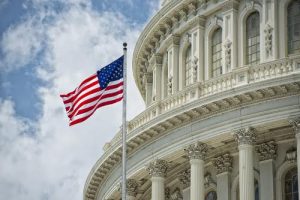 The votes are in for one of the most closely fought and followed midterm elections in the U.S. While the Republicans have retained control of the Senate, the Democrats won control of the House according to the latest reports.

From rent control and home construction to tax cuts and an eye on spending, voters made their decisions based on the issues that impacted them the most this election. We break down the trends we saw during this election and how the results are likely to play out for housing and mortgage.

This midterm election is being hailed as one that has seen a maximum voter turnout since 1914. According to an NPR report that cited data from the University of Florida, if early voting makes up a third of the total vote, the turnout would amount to 114 million people or almost 48.5 percent. It could also be that early vote totals make up more than 33 percent. Early voting in Arizona, Nevada, and Texas were higher than the entire total vote cast in those states in 2014. While each state had governors’ races, Texas had a Senate race too.

Down to the Wire 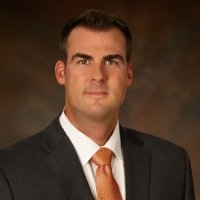 As the first polls closed at 6 p.m. EST, all eyes were peeled on the results that will determine the fate of the U.S. House where Democrats needed to win 23 seats currently held by GOP seats to take control. For the U.S. Senate Democrats needed two GOP-held seats to gain control.

In Oklahoma, Kevin Stitt, the founder of Gateway Mortgage won the gubernatorial race against Democrat Drew Edmondson. While at Gateway, Stitt was a member of the National Mortgage Servicing Association (NMSA), a Five Star trade association representing 90 percent of the mortgage market.

“I congratulate the voters of Oklahoma for electing Kevin as their next Governor,” said Ed Delgado, President, and CEO, The Five Star Institute. “They have voted for someone whose strong business acumen helped propel a business he founded in 2000 into a nationwide mortgage company and will also help to strengthen Oklahoma’s economy.”

In Ohio, Richard Cordray, the former Director of the Bureau of Consumer Financial Protection lost to Republican Mike DeWine who was elected Governor of the state.

“I believe keeping taxes lower while cutting spending will help the economy grow,” Aric Gorman, a 21-year-old voter from Sand Springs, Oklahoma told New York Times. Gorman said that he was supporting Kevin Stitt, a Republican candidate for Governor and Mark Myles, a Democrat for Attorney General. “Myles will stay tough on crime, but he will also be compassionate to those with addictions who need and want help. Stitt will help our economy. His business endeavors speak for him,” he said.

While Gorman is bullish on taxes, voters in California, along with seven other states weighed the option of more construction versus new tenant protection when they cast their votes on Tuesday. “I’ve never seen anything like it,” Nick Fish, a Portland, Oregon, city commissioner and former Vice Chairman of the city’s housing authority told Pew’s Stateline. “The public wants to see action,” Fish said. “There’s a growing sense of urgency.”

The Fate of GSEs and Affordable Housing

After a decade under the Federal Housing Finance Agency’s (FHFA’s) conservatorship, the current administration has indicated its intentions to end the conservatorship for Fannie Mae and Freddie Mac.

While it is possible for the conservatorship to be unwound in the next couple of years regardless of the election result, Democrats taking control of the House means that they'll look to build language into the agreement that provides funds for affordable housing and offers expanded credit provisions for underserved borrowers. The size and scope of the GSEs are also expected to change.

Rick Sharga, EVP, Carrington Mortgage Holding recently told DS News that the Republicans and Democrats also have widely different views and approach on the challenge of affordable housing and how to solve it. Democrats have lobbied for more funding to help low-income families pay for housing and have proposed a variety of other programs to reduce housing costs, ranging from rent control to tax incentives for builders to construct more affordable units. With Democrats in the House, the industry can also expect them to ask the administration "to build millions of units across the country, or creating a pool of federal funds to reward states that build more housing stock." Sharga said.

Previous: Winning Work Cultures
Next: How The Ballot Was Cast on Housing Legislation 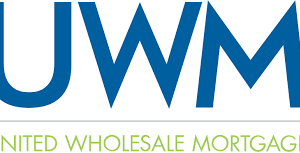