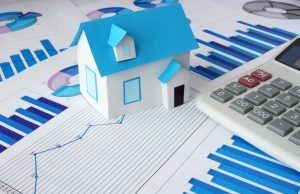 Consumer confidence is down in the latest Fannie Mae Home Purchase Sentiment Index (HPSI) report, with the end of the summer buying season bringing about a repeat of familiar patterns.

The National Housing Survey and Home Purchase Sentiment Index is a monthly survey conducted by Fannie Mae and designed to “provide signals on future housing outcomes.” Housing confidence was particularly strong in September, with HPSI hitting 88.3, which matched the all-time high originally reached in June 2017. Anyone hoping to see that number bested in October is in for a disappointment: HPSI decreased 3.1 points in October, settling out at 85.2.

Doug Duncan, SVP and Chief Economist at Fannie Mae, points out that this sort of dip is par for the course for this time of year. Duncan said:

The modest decrease in October's Home Purchase Sentiment Index is driven in large part by decreases in favorable views of the current home-buying and home-selling climates, a shift we expect at this time of year moving out of the summer home-buying season.

HPSI is assembled based on a monthly telephone survey of 1,000 consumers, polling them on their feelings about “owning and renting a home, home and rental price changes, the economy, household finances, and overall consumer confidence.” The survey consists of more than 100 questions, the results of which are then compiled into the HPSI rating.

Of the six HPSI components, four declined in October. Respondents were less confident when it came to both buying or selling a house. As the HPSI report states:

However, the report points out that the score for those eager to sell a home is still up by 11 percentage points compared to the same period in 2016.

Consumer fears about job security were also on display in the report. Respondents who said they weren’t concerned about losing their job dropped by five percentage points. According to the Bureau of Labor Statistics, the U.S. economy added 261,000 jobs in October, which was short of the expected number of 310,000. However, the unemployment rate fell to 4.1 percent for the month.

Fannie Mae’s Duncan summed it up:

Indicators of broader economic and personal financial sentiment remain relatively steady. Overall, these results are consistent with our view that the housing market will continue its slow, upward grind through 2018.

Previous: Establishing a Sustainable Mortgage Market
Next: Overvaluation: A Concern For Home Prices?