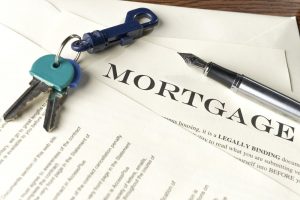 The report is based on NAFCU’s Federal Reserve meeting Survey and data collected by the organization’s Economic & CU Monitor, CU Industry Trends Report, and a 2017 study titled “Economic Benefits of the Credit Union Tax Exemption to Consumers, Businesses, and the U.S. Economy.”

According to the report, credit unions have had a considerably lower failure rate since the Recession at 174 union failures compared to 520 bank failures. However, credit unions still face an uphill path.

Smaller credit unions struggle to compete and the report found that the total number of credit unions declines at around one per day, mainly because of consolidation. However, regulations are the biggest challenge that credit unions face, mostly because of Federal Reserve compliance. Finally, cybersecurity is always an issue, with breaches costing the industry $362,000 annually.

In the face of all challenges along with the Great Recession, the credit union industry managed to have a delinquency ratio of 0.75 percent compared to 1.23 percent for banks and 0.94 percent for community banks. According to the report, credit unions contributed $16 billion to the economy annual.

The growth/challenge dynamic in the credit union industry is no more readily apparent than in the arena of mortgage loans. The report found that lending standards were almost unanimously loosened in 2016 with one outlier–Non-QM Jumbo loans–while the direct opposite happened in 2017–all lending standards were tightened with the exception of GSE-eligible loans. This indicates that the industry performed well in 2016 for the most part while it has had a rougher 2017, thanks to a Consumer Financial Protection Bureau (CFPB) rule that imposes a “safe harbor” protection to prime loans that meet the requirements for a qualified mortgage.

As further evidence of effects of added regulation, a survey conducted by the NAFCU indicated that 40 percent of respondents ceased to originate non-qualified mortgages while a further 17 percent additionally reduced originations of non-qualified mortgages (2017 Report). While the survey numbers confirm the report statistics, there is lingering concern in the NAFCU that tightened lending standards will deter qualified borrowers. What this will possibly lead to is a change in the definition of a qualified mortgage.

Overall, the 2016 loosening of mortgage lending standards and the 2017 tightening are a perfect example of the way the industry can thrive and face adversity because of regulations. It is an industry that is always changing, and a change to the 2017 CFPB rule could very well cause NAFCU members to loosen their lending standards once again.