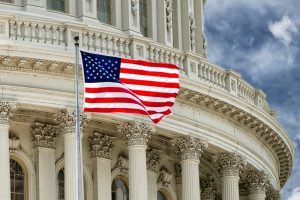 Duffy continued, “We recognized that a home purchase is one of the biggest and most important decisions a person makes, and making sure we have a system that actually works for all Americans is incredibly important because we’ve seen when things go wrong, back in 2008, it doesn’t only impact those who purchase a home, it wrecks havoc on the whole economy.”

U.S. Rep. Dennis A. Ross (R-Florida) said the federal involvement in housing is litigated on the idea that it is not only helpful, but it is necessary.

“For example, a working-class family scrapping to get by, we ask ourselves, how are we helping them?” Ross questioned during the hearing. “What’s striking to me is that we don’t ask a different question, how are we hurting them?”

Other members of the subcommittee had different views, as U.S. Rep. Brad Sherman (D-California) said, “We are going to need government agencies to provide the guarantee—if we are going to have 30-year fixed mortgages for low-income families.”

Sherman continued, “I understand the jurisdiction of this panel is on the housing finance side but our purpose is to make sure homes are affordable and people who have their nest egg invested in homes don’t see that wiped out.”

As the Subcommittee recognizes that Americans need a housing policy that is sustainable over time, not one that causes endless boom-bust cycles in real estate that harm the economy, panelist McCargo said, “One clear lesson from recent years is that the country needs one solid, interconnected housing finance system that serves all people and protects taxpayers.”

During Wallison’s testimony, he outlined five reasons why he believes the GSEs have impeded the growth of homeownership. One of those reasons included his belief that the enterprises and other housing policies increase housing prices and makes homes less affordable.

Additionally, Tozer also emphasized a safe and sound housing finance system that should support the overall reduction of the public capital footprint as more private capital re-enters the system at different points in the primary and secondary mortgage markets.

However, according to Dr. Zandi it is not plausible to completely rid of the current system, but revise it instead.

“Perhaps the least disruptive approach to GSE reform would be for the GSEs to be simply recapitalized and then reprivatized,” Zandi stated during his testimony. “Since Fannie and Freddie were remarkably profitable prior to the crisis, and have consistently been in the black in recent years, the logic for this proposal is that we can simply return to the system that prevailed prior to the crisis.”