Home >> Daily Dose >> How The Ballot Was Cast on Housing Legislation

How The Ballot Was Cast on Housing Legislation 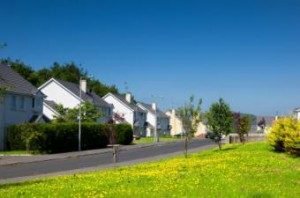 This midterm, voters in key states cast their ballot on legislation that would either increase construction of homes or introduce new rent regulations to protect tenants.

While Georgia passed a ballot referendum to help nonprofits in the state provide housing for those living with mental illness, California went to vote on three affordable housing ballot measures.

The second legislation would authorize $2billion in previously appropriated funding to go towards building housing for the homeless and for people with disabilities or mental illness, Stateline reported.

At the heart of the battle for and against this proposition was a state law that currently restricts the scope of rent control policies that cities and other local jurisdictions may impose on residential property. If the Proposition were enacted, this law would be repealed resulting in a potential net reduction in state and local revenues of tens of millions of dollars per year in the long term. "Depending on actions by local communities, revenue losses could be less or considerably more," the Official Voter Information Guide on California's General Election said.

According to the Guide, those for the proposition had said that enacting this legislation would restore authority to establish rent control in local communities while putting fair, annual limits on the amount landlords can raise in terms of rent. "This keeps tenants in their homes rather than being pushed far away or into homelessness," the proponents said.

Those opposing it, which also included those affiliated with realtors as well as residential real estate investors, argued that the new legislation would make the housing crisis worse and not better. The guide said Affordable housing advocates agreed that Proposition 10 was bad for renters and for homeowners as it allowed the regulation of single-family homes and put "bureaucrats in charge of housing by letting them add fees on top of rent."

The voters of California sided with the opposition and voted no on this legislation. That means, for now, the 1995 state law remains in place.

Read more about our election coverage and how it impacted housing:

Previous: Capitol Effect
Next: Why are Homebuyers Shying Away?