Home >> Daily Dose >> Share of Single-Income Homes on the Rise

A new survey by Redfin has found that the number of single-income households has increased during the pandemic, either by choice or by circumstance.

According to the survey, which polled 1,023 Redfin users in August, 34% of people who moved into a new home since March 2020 indicated their household only had one stream of income. By comparison, only 29% lived in a single-income household before the pandemic.

"While some people chose to move down to a single-income household, others had no choice," said Taylor Marr, Redfin’s Deputy Chief Economist. "Thousands of Americans lost their jobs during the pandemic, and scores of parents had to leave the workforce when daycares and schools shut down. Most workers are rethinking where their careers fall on life's priority list." 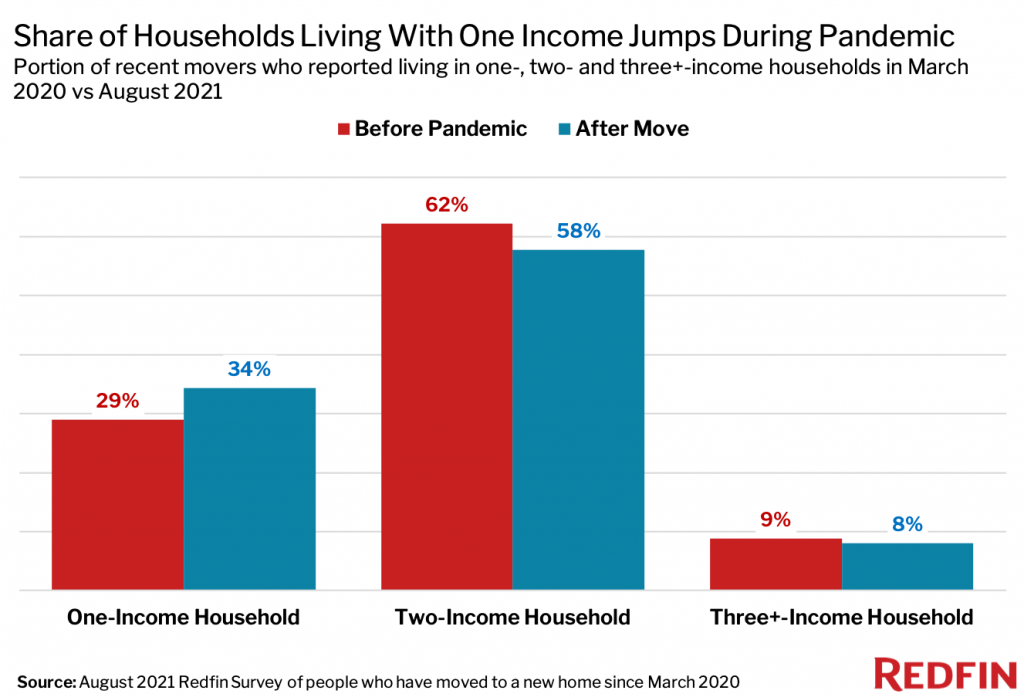 The switch to permanent remote work for some is also driving more people to move out of the city and into the suburbs where it is more feasible to live on one income. The survey found that 30% of Redfin users were looking to move to a new metro area compared to 26% before the pandemic. Popular destinations users considered were in low-cost areas where the median home sale price was below the national average such as Atlanta, San Antonio, Tampa, Florida.

Of those that did move to a new metro area, 83% reported that they are “at least a little happier” after moving. 7% reported being less happy, 11% said their happiness level was unchanged. 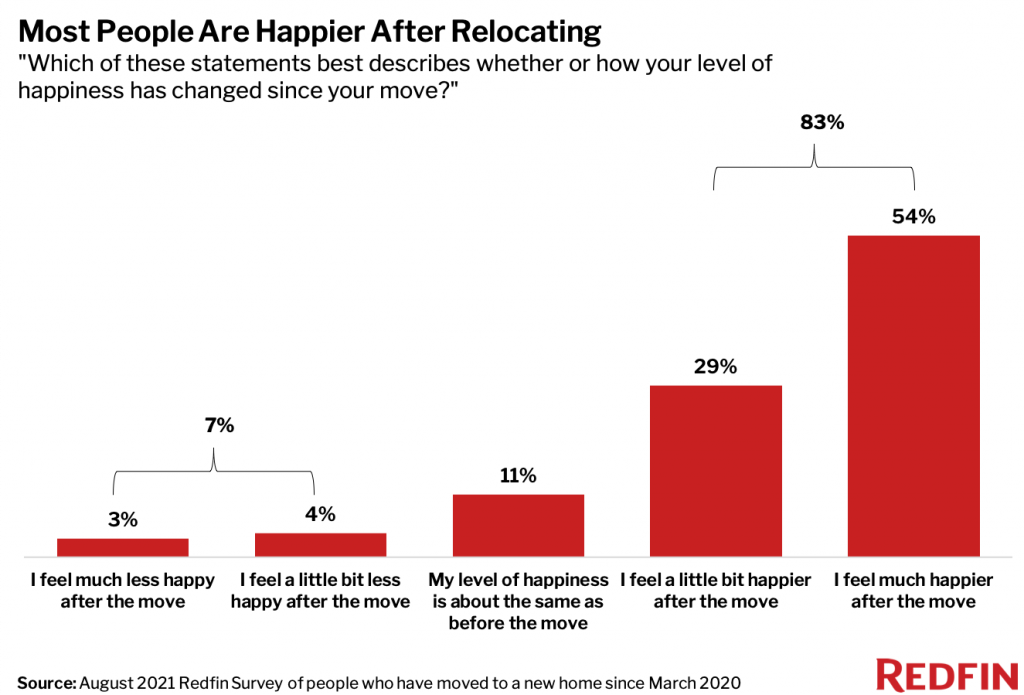 One example noted by the report was the tech-hub of Austin, Texas which has seen an influx of out-of-towners move to the area since the pandemic began. Many of those moving in grew up in the area and are returning after living somewhere else in order to be closer to family or are moving away from other high-cost tech hubs like New York City or San Francisco.

"A majority of my buyers today are Texas natives who are thrilled to be coming home," said Debbie Newby, who is a Austin-based Redfin real estate agent. "I recently worked with one young couple who had been living in the Bay Area and working in tech. The wife grew up in Austin and wanted to move back to be closer to her family members, one of whom was ill. They bought a home Near Zilker Park in January and are now working remotely. They're ecstatic to be in Austin."

"Most people who move relocate to somewhere less expensive," Marr said. "Moving tends to make people happier because it means they're getting more bang for their buck—frequently in the form of additional space, better weather and schools, or a shorter commute to their workplace."