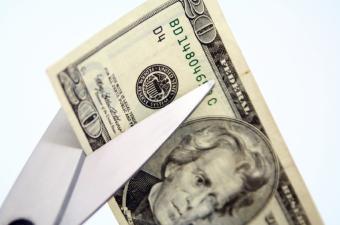 A slight decline in mortgage rates from 3.88 in the second quarter to 3.76 in the third quarter was not enough to completely offset the increase in the national median home price, which rose from $240,000 in Q2 to $247,000 in Q3—the highest median home price nationally since the end of 2006, according to NAHB.

Families who earned the country’s median income of $65,700 could afford approximately 61.4 percent of both new and existing homes sold during the third quarter—which was a decline from 62.0 percent in the second quarter, according to the HOI.

“Home prices are being driven by the cost of construction, both land and labor, and that is affecting the marketplace in terms of affordability,” said Rose Quint, AVP, Survey Research with NAHB. “Although it still remains pretty positive and it’s still a good time to buy.”

Four of the five least affordable housing markets were located in California, according to the ROI. The least affordable housing market for the 16th consecutive quarter was San Francisco-Redwood City-South San Francisco, where only 9.7 percent of new and existing homes sold in Q3 were within reach of the families earning the median income of $104,700 for that area, according to NAHB.

The findings of the NAHB’s HOI were in line with those of the National Association of Realtors (NAR) earlier in November. NAR found that the national median price rose at a slightly faster over-the-year rate in Q3 compared to the rate in Q2 (5.2 percent compared to 4.9 percent). In all, 87 percent of metros measured by NAR (155 out of 178) showed increases in their median existing-home price for the third quarter compared to a year ago. 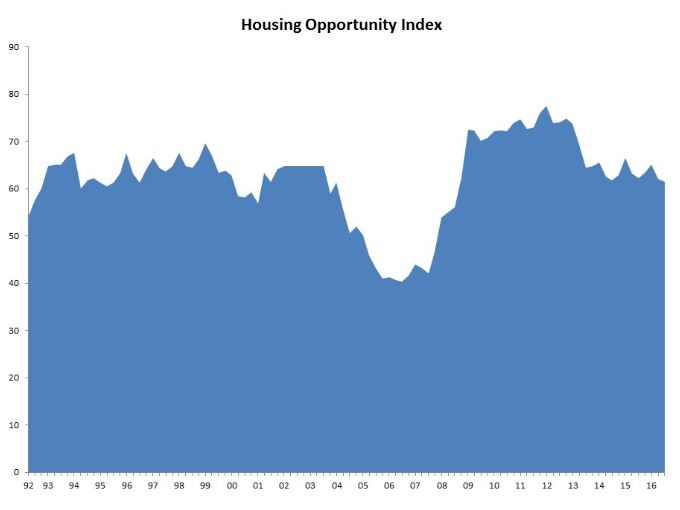 Previous: There’s No Place Like Home for Homeowners
Next: What Will Mortgage Rates Do Now?