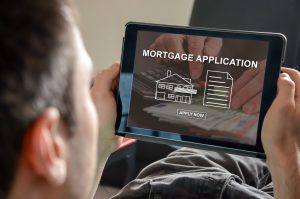 The Mortgage Bankers Association (MBA) has reported [1] that mortgage application volume increased 5.5% over last week, according to its latest Weekly Mortgage Applications Survey.

"Mortgage rates moved lower for the second week in a row for all loan types. The 30-year fixed rate decreased to 3.16%, and has declined 14 basis points over the past two weeks,” said Joel Kan [2], MBA's Associate VP of Economic and Industry Forecasting.

It has been projected that last week’s Fed announcement to begin a gradual taper [3] may apply upward pressure on mortgage rates, as noted by Odeta Kushi [4], First American Deputy Chief Economist.

“The Fed tapering likely will prompt mortgage rates to rise, but it does not mean that the housing market will crash, although we may see some cooling of purchase demand, and definitely a cooling of refinance demand,” said Kushi in a statement [3]. “For purchase demand, context matters, and an improving economy and millennials aging into their prime home-buying years means the context remains good for the housing market.”

“Although overall activity remains close to January 2020 lows, homeowners acted on the decrease in rates,” said Kan. “Refinance activity was up 7% overall, with gains in both conventional and government refinances. Additionally, the average loan balance for a refinance application was the highest in a month. Purchase applications were also strong last week, increasing just under 3%, and down only 4% from last year's pace. The dip in rates might have helped to bring some buyers back into the market, but housing inventory is still extremely low and price growth remains elevated."

Radian recently reported [5] that, for the month of September, U.S. home prices appreciated at an annualized rate of 17.6% from August’s totals, marking the sixth consecutive month of reporting all-time record month-over-month rate increases, as the median price for single-family and condominium homes rose to $294,488.