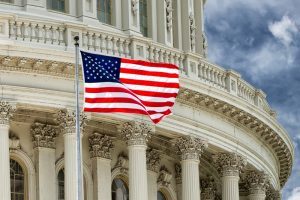 The agreement stems from a series of hearings that have been held since last spring, which explored proposals from industry experts. Since then, the Committee has been negotiating and drafting a reform package. The agreement includes measures from Committee members on both sides of the aisle and stakeholders.

“A strong and vibrant economy is important for American consumers, businesses, and the stability of the financial sector,” said Chairman Crapo. “The bipartisan proposals on which we have agreed will significantly improve our financial regulatory framework and foster economic growth by right-sizing regulation, particularly for smaller financial institutions and community banks. I thank all of the senators who have joined with us to move this forward, and look forward to continuing our work to achieve a robust, bipartisan legislative product.”

In addition, Senator Heitkamp said how the bill serves as an example of what can happen when Democrats and Republicans put partisanship aside and work together-—reaching real compromises that support the country.

“Every day I come to work in the U.S. Senate, I’m fighting for rural America—and that’s what our bipartisan bill is about," Senator Heitkamp said. "It would provide needed relief to community banks and credit unions, so they can continue enabling small businesses to get financing to operate, helping farmers get loans to support their farms, and allowing families to buy homes in rural communities across our state. And it does all of this while strengthening protections for consumers."

According to Senator Donnelly, the proposal would provide long-awaited regulatory relief to community banks and credit unions unintentionally burdened by rules intended to hold Wall Street accountable. This agreement would maintain the safety of our financial system and offer new protections to consumers, including veterans, by helping to protect their credit in the wake of recent data breaches, like the Equifax breach."

"This agreement would maintain the safety of our financial system and offer new protections to consumers, including veterans, by helping to protect their credit in the wake of recent data breaches, like the Equifax breach," Senator Donnelly said.

In response, the National Association of Federally-Insured Credit Union’s (NAFCU) CEO Dan Berger stated that the relief bill is a step in the right direction.

"NAFCU thanks Chairman Crapo and his Democratic partners in the Senate for including provisions in this package that would lead to regulatory relief for credit unions," said Berger. "We look forward to working with members of the Senate Banking Committee, their staff, and other senators as this package moves through the legislative process. This bill is a step in the right direction, and we will continue to push for more relief for the industry and its 110 million member-owners."

Highlights of the agreed-upon package include: