At Last, Relief in Housing 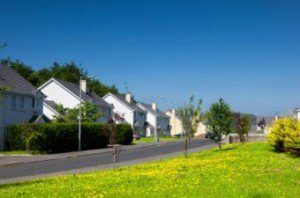 After persistent heat in the housing market, many Americans are beginning to notice a little relief alongside the lowering temperatures of fall. More than three-quarters of Americans say their housing markets are cooling down as well, according to the Q4 2018 Modern Homebuyer Survey, released Tuesday by ValueInsured.

After five straight quarters of a majority of Americans saying their market was “overheated,” 72 percent said in the most recent survey that they are not surprised that their market is now slowing down.

Millennials, in particular, are beginning to perceive a shift in the housing market with 72 percent saying home shoppers are “less aggressive” than a year ago in their market and 67 percent saying they believe homes purchased today will decline in value over the next year.

Furthermore, 78 percent of millennials believe now is a good time to sell a home.

For millennials in the market for a starter home, just 38 percent say now is a good time to buy, which according to ValueInsured, “is meaningful, as starter-home owners’ hesitancy to sell and the subsequent inventory drought had been a key catalyst that drove up home prices in many major markets in recent years.”

Looking forward, ValueInsured’s CEO and Founder, Joe Melendez, said, “Expect the market to stall in the near term.”

After first reporting “overheating” in the housing market in August 2017 and warning of pending correction, Melendez said, “Fast forward fifteen months, Southern California is in its worst housing slump in over a decade, Seattle leads the nation in fastest home-price drop, and North Texas has the largest sales decline in seven years. Buyers have switched from hoop jumpers to bargain-hunter mode.”

However, while markets overall may be cooling, a not insignificant share of residents in a handful states say they are not yet feeling an ease in temperature. In Texas, 36 percent of survey respondents said their market is not cooling; in California and Washington, 22 percent said the same, as did 19 percent in Colorado.

Additionally, even with the moderation in many markets, a majority—72 percent—of Americans say home prices are too high, which ValueInsured noted is an increase of 10 points from the second-quarter report.

The most-cited culprits for high home prices were “flippers and speculative investors” and “wealthy transplants from more expensive housing markets,” which were cited by 70 percent and 66 percent of respondents, respectively.

More than half of respondents—59 percent—who expressed interest in purchasing a home say they will wait for “meaningful correction” before making a purchase, and 14 percent will “drop out of buying altogether if a correction does not occur.”

Overall housing confidence is down 4.7 points from a year ago, landing at 63.0 out of a possible 100 for the fourth quarter of this year, according to ValueInsured’s survey.

Previous: Reaching Out in California
Next: The Case for Change