Predictions and speculation have been tossed around as to who will fill positions such as Treasury Secretary and Attorney General under the new Donald Trump Administration, which officially begins in January. But for those in the mortgage and housing industry, the position of HUD Secretary will heavily impact the state of the industry for the duration of the Trump presidency.

Here are five candidates who could fit the bill for the position. 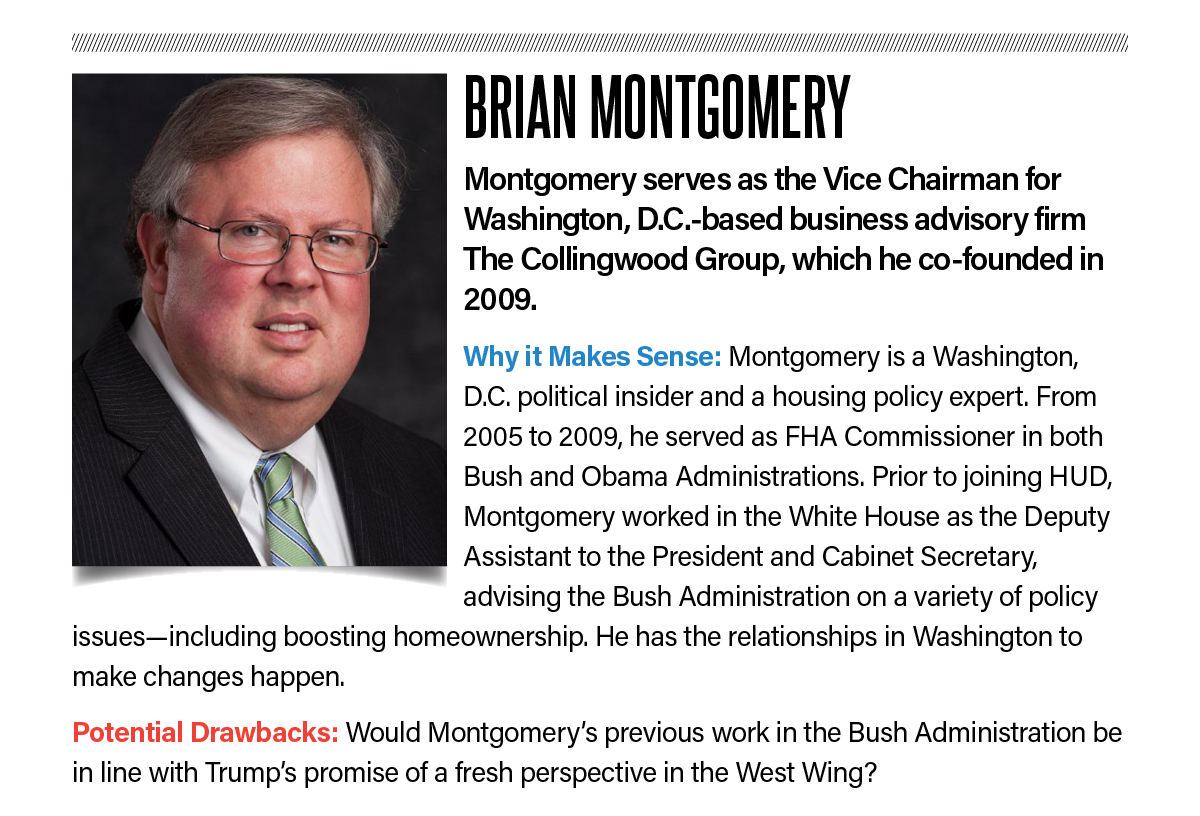 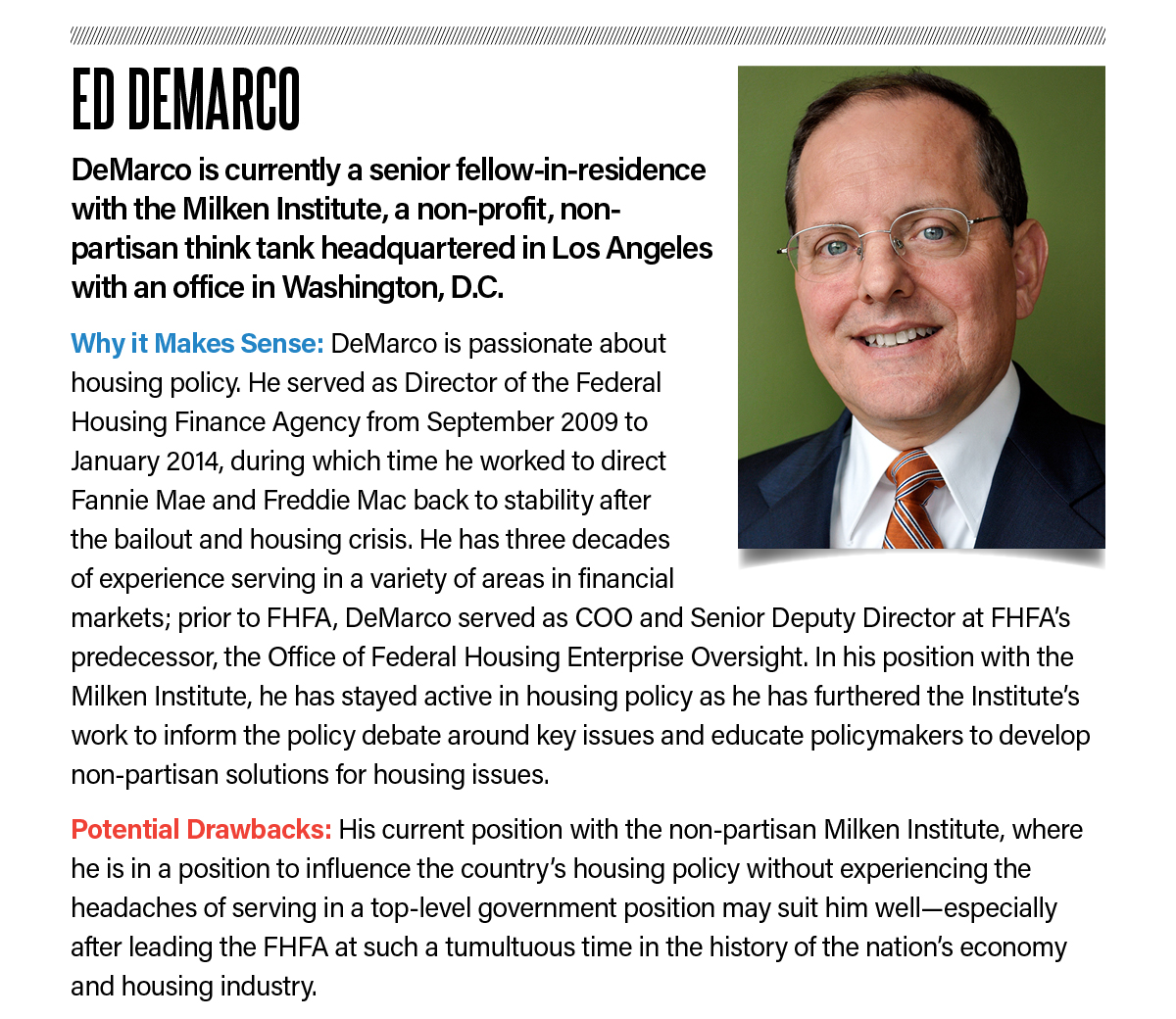 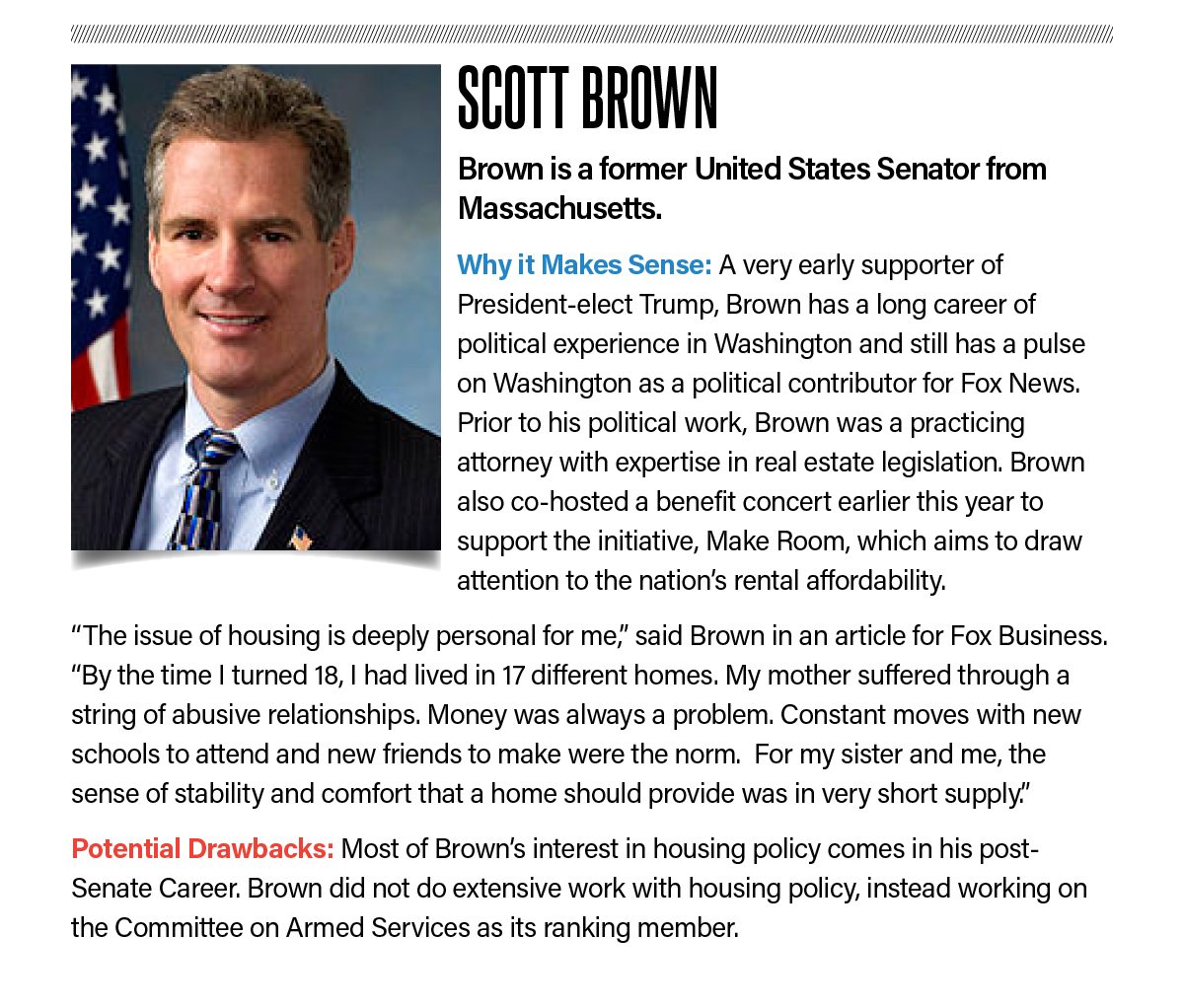 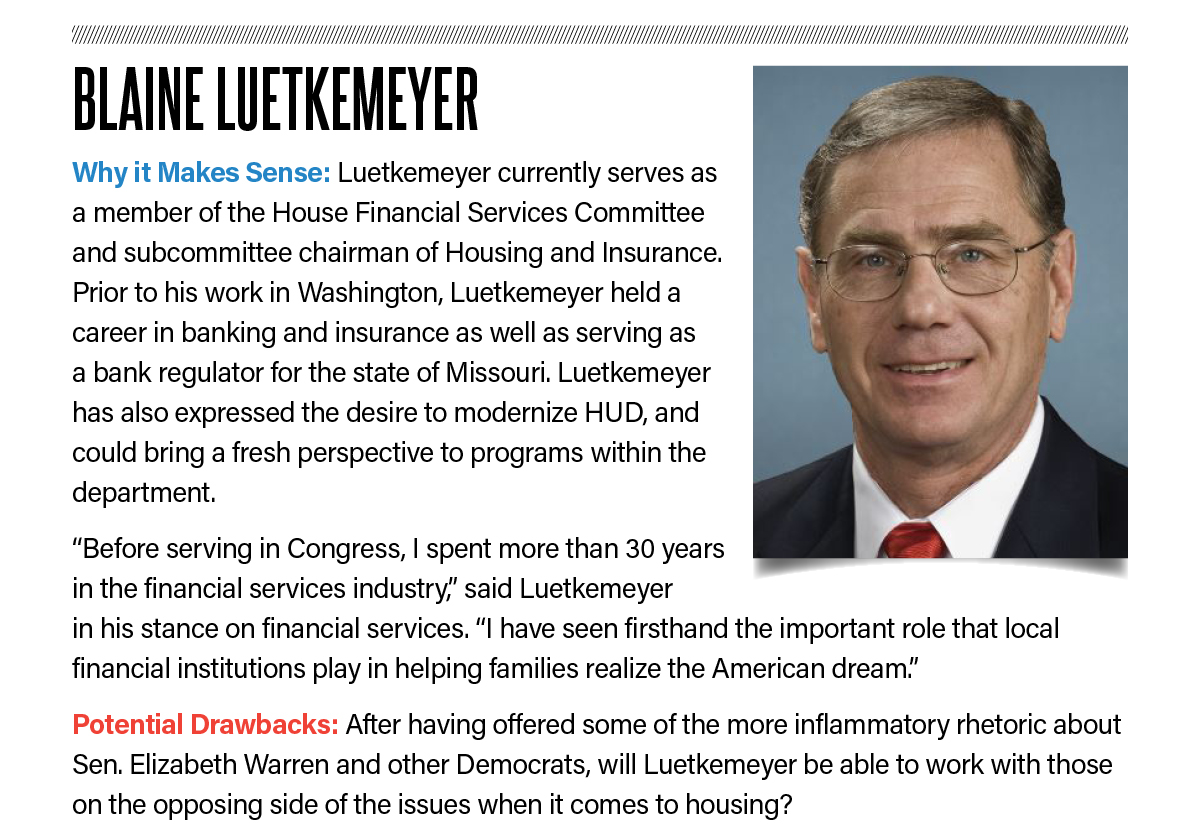 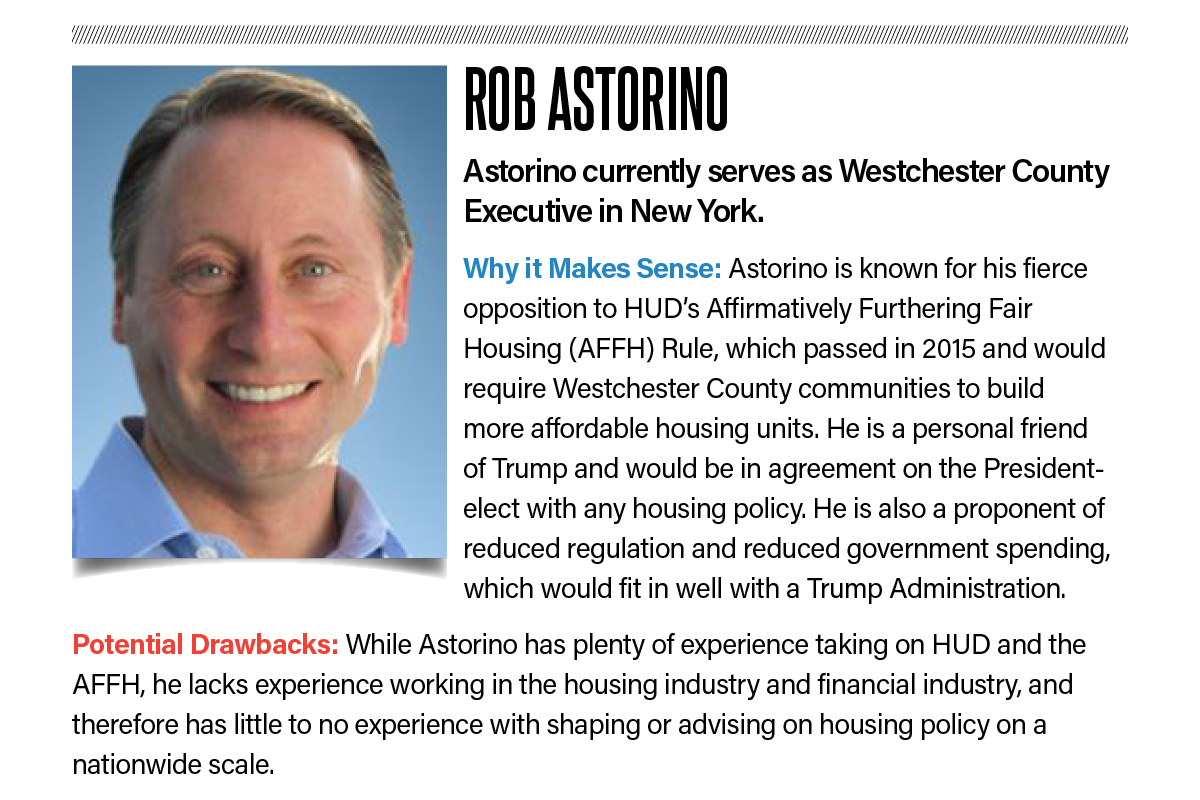