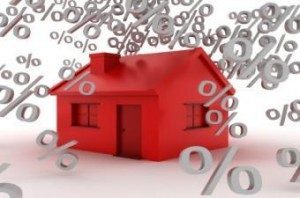 According to a report published Tuesday by Metrostudy, the Greater Houston Area is an exceptionally strong housing market even following the devastation of Hurricane Harvey. In particular, Houston has become a phenomenon in the resale market, according to the report. Metrostudy also said that Houston is also still strong in the new home market, despite Metrostudy not anticipating a significant increase in demand until the first quarter (Q1) of 2018.

According to the report, Houston is only second to the Dallas/Fort Worth Area in housing starts, at 27,713 as of the third quarter (Q3) of 2017. This number represents a 6.4 percent year-over-year growth rate. Metrostudy also reported that it anticipated a 5 to 6 percent increase in Houston single family starts at the end of 2017. That number is expected to drop to a 2 to 3 percent increase at the start of 2018.

“In general, Metrostudy does not anticipate any significant increase in new home sales demand generated by Harvey victims until 1Q18,” said Lawrence Dean, a regional director for Metrostudy’s Houston market. “These potential future buyers are simply focused on managing their damaged homes, temporary housing, and FEMA assistance to be able to move forward on purchasing new homes until this timeframe.”

While the report states that 167,000 single family homes were damaged by the storm, home starts still managed to surpass closings in the third quarter at 7,540 homes. This number was 113 more than its third quarter of 2016 number.

Finally, going back to the theme of resale, Houston’s market has shown a year-over-year growth of 9.3 percent. According to the report, there are 20,487 true resale listings on the inventory. This number reflects 3.7 months of supply, the lowest level seen in a year.