Perception is Reality in Home Values 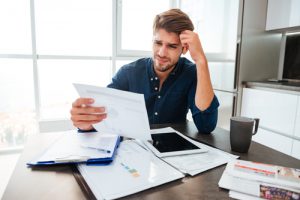 According to a Quicken Loans study published Tuesday, the gap between opinions of values from appraisers and homeowners continue to narrow. The study states that according to the Quicken Loans Home Price Perception Index (HPPI), actual appraisals were 0.99 percent lower than homeowners thought they would be.

According to Quicken Loans, homeowners estimate that their home’s values rose by an average of 0.99 percent over the actual appraisal value. Quicken loans goes on to state that this finding marks the fifth consecutive month that the value opinions narrowed. Additionally, the study found that the HPPI is currently the closest it has been to equilibrium since April 2015.

Overall, Quicken Loans found that the trend is for homes in Western cities to have an appraisal value that surpasses the homeowner’s estimate. Dallas is a particularly noteworthy example of this, as the study found that appraisals there were as much as 3.13 percent higher than expected.

Although this is the case for the West, Quicken Loans found that the opposite is true for homes in the East and Midwest, where home values are more likely to be appraised below the homeowner’s estimate.

“Based on the HPPI, it appears homeowners in the markets where prices are rising faster than the national average—like Denver, Seattle and San Francisco—are continuing to underestimate just how quickly home values are rising, so the average appraisal is higher than the homeowner estimate,” said Bill Banfield, Quicken Loans Executive Vice President of Capital Markets.

Quicken Loans goes on to state that despite appraisers and homeowners still continuing to differ, that appraisal values continue to rise. For October 2017, home values are up by an average of 0.71 percent while they are up 4.76 percent compared to October 2016.

This is where home value index, the measure of home value change based on appraisal data, comes in. The Quicken Loans study said that the HVI showed values increasing at a steady pace month-over-month while increasing at greater amounts yearly. The 0.71 percent jump from September to October along with a 4.76 percent year-over-year jump illustrates this.

Previous: Mortgage Growth Back on Track
Next: Digital Lending: Increasing Customer Satisfaction with Every Click