Home >> Daily Dose >> Consumers Optimistic for the Year Ahead

Consumers Optimistic for the Year Ahead 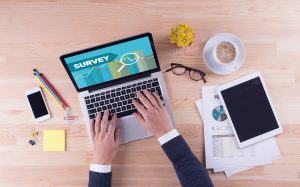 Consumers expect increases in household income growth and spending alongside falling home prices over the next year, according to the October 2018 Survey of Consumer Expectations, released Tuesday by the Federal Reserve Bank of New York.

For four months in a row, expectations of home price growth declined. Consumers anticipate home prices to increase 3.3 percent over the year, which is down from their anticipation of 3.6 percent growth reported in the September survey. This month’s outlook is also lower than the 12-month trailing average of home price expectations, which was 3.5 percent.

Consumers were more optimistic about their household income, expecting it to grow 2.9 percent over the next year, up noticeably from 2.5 percent recorded a month earlier. The Fed also noted that this increase “was broad based across age and income groups.”

Similarly, consumers across the spectrum of age and income groups are expecting a significant uptick in their spending over the next year compared with what they anticipated a month earlier. In October, consumers reported an anticipated 3.7 percent growth in spending, up from 2.9 percent in September. This is also the highest percentage recorded since the survey conducted in December 2016, the Fed reported.

The Fed detected an increase in both the percentage of respondents who said credit is easier to obtain than a year ago as well as those who said credit is harder to obtain now than a year ago. The share of consumers who believe credit availability has remained about the same as a year earlier diminished somewhat to make room for the increase at both opposite ends of the spectrum.

The neutral category accounted for 48.24 percent of survey respondents in September but fell to 45.18 percent as some consumers moved to both sides of the spectrum.

Looking forward, a slightly higher percentage of consumers expect credit to become easier to obtain over the next year. In October, 22.58 percent of respondents said credit will become easier to obtain, up from 21.07 percent in September. Meanwhile, the share who said credit will be harder to get ticked down slightly to 30.65 percent from 31.07 percent in September.

A smaller share of consumers predict they will fall behind on debt payments over the next three months. In October, 12.7 percent of consumers said they foresee the possibility of missing a minimum debt payment in the next three months, one percentage point lower than last month, and up just slightly from the 12-month trailing average of 12.2 percent.

However, consumers were less optimistic about their earnings growth. Earnings growth expectations in October were recorded at 2.5 percent, down from 2.8 percent a month earlier and just barely lower than the 12-month trailing average of 2.6 percent.

Consumers were also slightly less optimistic about future unemployment with the mean unemployment expectations rate coming to 35.1 percent in October, up from 36.2 percent a month earlier.

On the other hand, consumers feel relatively secure in their jobs with the mean perceived probability of losing their job falling to its lowest level since February, landing at 13.5 percent. 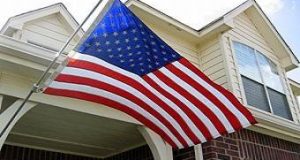