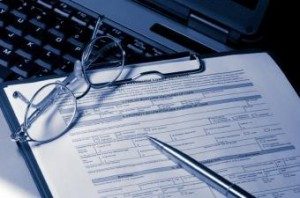 The Federal Housing Administration [1] announced Thursday that its Mutual Mortgage Insurance Fund is at its highest level since 2007, ending FY 2019 with an MMI Fund Capital Ratio of 4.84%. This is an increase from FY 2018’s capital ratio of 2.76%.

“The financial health of FHA’s single-family insurance fund is as sound as it has been in over a decade,” said U.S. Housing and Urban Development Secretary Ben Carson in a release. “We have a strong economy with nearly full employment due to President Trump’s leadership, and this economic growth helps set the foundation for ongoing improvements in our FHA portfolio.”

During a conference call revealing the report, FHA Commissioner Brian Montgomery said the MMI cap rose $27.5 billion from 2018 to $62.4 billion—the largest MMI cap amount ever. Stand-alone capital was 5.44% for FY 2019.

“This report is welcome news. The improvements we’ve begun to put in place in the last two years to stem the losses of the reverse mortgage portfolio, aided by favorable economic conditions, are contributing to some improvements in our reverse mortgage portfolio,” Montgomery said. “Looking forward, we must focus on seeking the right balance between facilitating access to mortgage credit and managing risk. Our mission is to make certain FHA remains a stable and reliable resource to provide housing finance support for first-time homebuyers, and other underserved borrowers.”

The MMI capital improved annually by 42% with a value of $66.6 billion. The FHA has a single-family portfolio of $1.3 trillion at the end of the FY 2019 and served 8.2 million mortgages.

“The FHA’s ability to provide a reliable resource for millions of Americans to pursue homeownership is not only a positive for prospective buyers, but a benefit to the industry as a whole,” said Ed Delgado, President and CEO of Five Star Global. “The work done by the agency over the past two years has helped millions achieve the American Dream.”

Montgomery said 83% of purchase transactions were through first-time homebuyers. Additionally, 40% of FHA loans were to African-Americans, 37% to Hispanics, and 29% to Native Americans.

Montgomery added that the debt-to-income ratio increased for the 6th-consecutive year.

“We applaud the FHA’s continued efforts to stabilize and further strengthen the fiscal health of the fund so that the FHA can continue its important role alongside the rest of us in serving the low-down payment market,” said Lindsey Johnson, President, U.S. Mortgage Insurers.