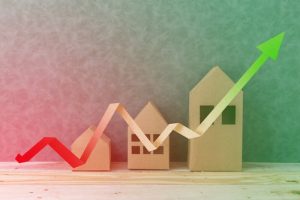 The Mortgage Bankers Association (MBA) released its Weekly Mortgage Applications Survey on Wednesday, covering the week ending November 10, 2017. Mortgage applications were trending positive yet again, up 3.1 percent on a seasonally adjusted basis compared to the previous week. An an unadjusted basis, that number would be 2 percent week-over-week. It’s worth noting, however, that the week’s results do not include an adjustment to account for the Veterans’ Day holiday.

One data point that stands out in this week’s report is that the average contract interest rate for both 15-year fixed-rate mortgages and 5/1 adjustable-rate mortgages (ARMs) are both sitting at their highest levels since March 2017. Fifteen-year FRMs jumped from 3.51 percent to 3.54, and 5/1 ARMs increased from 3.33 percent to 3.41 percent. The average contract interest rate for 30-year FRMs, however, held fast at 4.05 percent.

Here’s a look at some of the other numbers for the week.