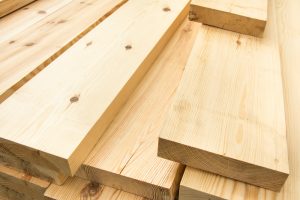 Builder confidence hit an eight-month high in November according to the National Association of Home Builders/Wells Fargo Housing Market Index (HMI). Confidence in the market for newly-built single-family homes jumped two points in November, hitting an HMI total of 70, the highest level, since March 2017.

The HMI is calculated based on a monthly survey that NAHB has been conducting for over three decades. It assigns a rating based on three component factors: builder perception of current single-family home sales, their expectations for sales over the next six months, and traffic of prospective buyers. Any rating over 50 indicates that more of the surveyed builders consider conditions to be “good” than “poor.”

For the month of November, builder perception of current sales increased two points to a rating of 77. Also on the rise was the rating for buyer traffic, which rose to 50. However, expectations for the next six months dipped slightly, dropping from 78 to 77.

Breaking things down to a more local level, the three-month moving average for the Northeast hit 54, up five points, and the South gained a point to settle in at 69. The West and Midwest held fast at their previous ratings of 77 and 63, respectively.

Builder confidence slid during the summer, with all three HMI components seeing losses in July 2017 and the overall HMI rating dropping to 64, which at the time was the lowest rating since November 2016. The HMI entered the year with a rating of 67 in January 2017.

While the new HMI report pinpoints several challenges currently facing builders, including labor shortages and the price increase of building materials, their outlook is still positive. According to the report:

Previous: Mortgage Apps Continue to Climb
Next: Two Major Hurdles Passed, Others Ahead for Tax Reform