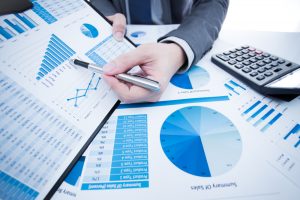 Hoping to find a way out from under its debts, Walter Investment Management Corporation announced in October 2017 that the company planned to file Chapter 11 bankruptcy. The plan aims to decrease Walter’s debt load by around $700 million and allow a refocusing onto the corporation’s core businesses. Now there’s some good news: the bankruptcy is not expected to affect the credit ratings of any U.S. residential mortgage-backed securities serviced by Walter subsidiary Ditech Financial LLC.

That news comes today via Fitch Ratings, who based their conclusion on both public information and on conversations with Ditech representatives. According to Fitch’s statement, “Walter’s operating entities (including Ditech) are expected to remain out of the Chapter 11 proceedings and to continue their normal operations throughout Walter’s financial restructuring process.” Fitch says they do not expect any servicer disruptions or impact to Ditech’s bond credit risk.

We are making significant progress transforming our business, and the financial restructuring contemplated by the agreements we have reached with our lenders and noteholders are a key part of our plans. Through these agreements, we expect to quickly restructure our debt while ensuring that businesses will continue as normal.

In addition to Ditech, Walter is also the parent company of Reverse Mortgage Solutions, which services reverse mortgage loans. Fitch’s statement says that Walter claims to have sufficient liquidity to support both subsidiaries such as Ditech and the overall costs of the restructuring itself.

According to Fitch, 225 Ditch bonds have outstanding ratings, of which more than 100 are distressed and approximately 90 are investment grade. Forty of them are rated AAsf or higher.

Previous: Otting Poised to Tackle Dodd-Frank as Comptroller
Next: The Housing Survey Says . . .