Two Major Hurdles Passed, Others Ahead for Tax Reform 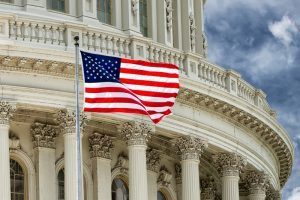 Since tax reform was first on the table, President Trump has outlined an aggressive timeline for its implementation, stating, "I want the House to pass by Thanksgiving, I want to see people standing by my side when we get ready to sign by Christmas, hopefully before Christmas."

On Tuesday the first part of his timeline was realized. While the plan passed the House with a vote of 227-205, the margin was smaller than anticipated.

The House plan has multiple implications for housing professionals. Under the bill, existing homeowners can keep the mortgage interest deduction, but future purchases will be capped at $500,000.

As for property taxes, the bill adds limits to the state and local tax deduction—which lawmakers are proposing to limit property taxes and cap at $10,000.

Since its introduction, the House plan has received mixed response from the industry.  Nela Richardson, Chief Economist of Redfin, a national real estate brokerage, commented on the GOP tax plan, saying: “The bill is a missed opportunity to make homeownership more affordable to more people. While the new $500,000 cap on the mortgage interest deduction (MID) is intended to limit the benefit for the wealthiest homeowners, it also limits the benefit for first-time buyers in expensive coastal markets where it’s hard to find a starter home at that price."

Although today's vote marked a significant milestone in seeing tax reform made into law, proponents of it shouldn't bill a sigh of relief yet—a tax plan still needs to pass the Senate.  According to the New York Times, on Thursday the Senate bill faced a setback on Thursday when analysis from The Joint Committee on Taxation found that American earning $300,000 or less would see their taxes increase beginning at 2021.

On Wednesday, Sen Ron Johnson (R-Wisconsin) became the first Republican Senator to state that he will not vote for the plan in its current form. Part of Sen. Johnson's misgivings centered around the fact that not all members of the party are able to review and critique the bill. He also wants to see changes that promote all types of business be competitive and not just corporations (the current plan of the bill will cut the corporate tax rate from 35 percent to 20 percent until 2019)..

The hurdles for tax reform don't stop at the Senate. Currently, the House and Senate versions of the bill have major differences. One, is the corporate tax cut already noted. Another is that the Senate bill has more individual tax brackets at seven compared to the House’s four. In addition, and most significant to our industry, is that Senate bill merely seeks to change the estate tax, as opposed to the House bill that proposes to eliminate it entirely by 2024.

Reconciling the two versions of the bill will be the last major hurdle before it reaches the president's desk, however, with only a little over a month until Christmas the timing will be tight to keep to the president's schedule.

That same evening, just hours after the House passed their plan, the Senate's tax-writing committee approved Republicans' plan to overhaul the tax code.

The Finance Committee voted along party lines, 14-12, to forward the proposal on to the full Senate.

Senate leaders aim to take up the bill, which would cut both business and individual taxes, after Thanksgiving.