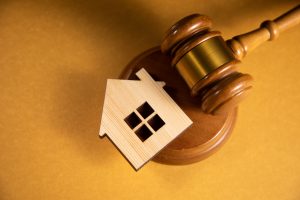 As the nation’s home market begins to replenish after a period of low inventory, a new survey from ServiceLink [1], part of the FNF family of companies, has found that most prospective buyers would turn to auctions as an option to achieving homeownership.

The poll, conducted from October 25-27 online by The Harris Poll on behalf of ServiceLink, surveyed more than 3,000 consumers, ages 18 and older, on where they believe the housing market is headed in 2022, and on their attitudes toward purchasing a home at auction.

Overall, the poll found that more than one in four U.S. consumers (28%) were not aware that a home could be purchased at an auction. More than three in five U.S. consumers (62%) would consider buying a home at auction, with 10% of those polled stating they had done so.

Of the various age groups, millennials (ages 25-40) were more open to buying at an auction than their older counterparts, with 75% stating that they would consider buying a home at auction, compared to 65% of those in Generation X (ages 41-56), and the number dips even lower to just 54% of baby boomers (ages 57-75).

"It's not surprising that millennials are pursuing new opportunities to achieve homeownership, particularly in the current real estate market where they are facing challenges due to high prices and low supply," said Miriam Moore [2], President of Default Services at ServiceLink. "We expect that more auction properties will hit the market next year through foreclosure, and buying homes at auction will become more mainstream as consumers look to buy quickly and at competitive pricing."

When gauging buyer motivation, the listing price (70%) and speed in which the sale closed (57%) served as primary motivators driving the decision-making process when considering a home bought at an auction.

Not being able to view the home in-person prior to buying (66%), and not being able to get a professional inspection (62%) were factors preventing consumers from buying at an auction.

Forty-two percent of U.S. consumers say the ability to bid remotely (online) would motivate them to buy a home at an auction. For millennials, this jumps to 55%. Younger generations show openness to using remote bidding tools, which can make auctions more accessible, as travel is not necessary to participate.

According to National Association of Realtors (NAR) Chief Economist Lawrence Yun [3], the market is experiencing 15-year highs, which are anticipated to continue through the end of 2021, but will taper off through 2022.

"The housing sector's success will continue, but I don't expect next year's performance to exceed this year's," said Yun in a recent forecast [3].

Consumers polled by ServiceLink agreed, and anticipate the real estate market will continue to be strong and remain competitive for potential buyers in 2022.

Nearly half of consumers (45%) polled expected home prices to increase in 2022, while 39% believe there will be a rise in foreclosed properties available for purchase at an auction in 2022.