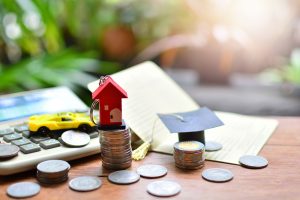 Home purchase originations are expected to boom next year, with an October MBA report forecasting $1.2 trillion in purchase originations for 2018 (a 7.3 percent increase over 2017). But while there’s a lot of chatter about the shift to a purchase market, now there’s some good news for refis. Today the Federal Housing Finance Agency (FHFA) reported a slight uptick in refinances during Q3 2017.

The new Refinance Report also revealed that nearly 7,000 loans—6,913 to be precise—were refinanced through the Home Affordable Refinance Program (HARP). The HARP loan program was initiated by the FHFA in March 2009, designed to help struggling homeowners who are current on their payment but who have negative equity. HARP has handled 3,477,717 refinances since the program began.

However, there are plenty of homeowners out there who aren’t making use of HARP, but could. According to FHFA, 118,705 borrowers could benefit financially from refinancing with HARP as of June 30, 2017. On average, FHFA estimates these borrowers could save $191 per month by taking advantage of the program. More than 60 percent of those eligible borrowers reside in Illinois, Puerto Rico, Florida, Michigan, Ohio, New Jersey, Pennsylvania, Georgia, Maryland, or Alabama. This map tracks the number of HARP-eligible borrowers, sorted by state, metropolitan statistical area, and zip code.

In order to be eligible for a HARP refinance, a borrower must:

You can see the full Q3 2017 FHFA Refinance Report by clicking here.