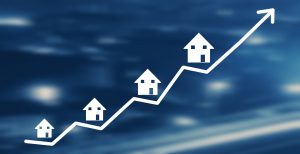 Freddie Mac’s latest Primary Mortgage Market Survey (PMMS), a measure of conventional, conforming, fully amortizing home purchase loans, found the 30-year fixed-rate mortgage (FRM) averaging 3.10%, with an average 0.7 point for the week ending November 18, 2021, This reading is up from last week, when the PMMS tracked the 30-year FRM at 2.98%. A year ago at this time, the 30-year FRM averaged 2.72%. 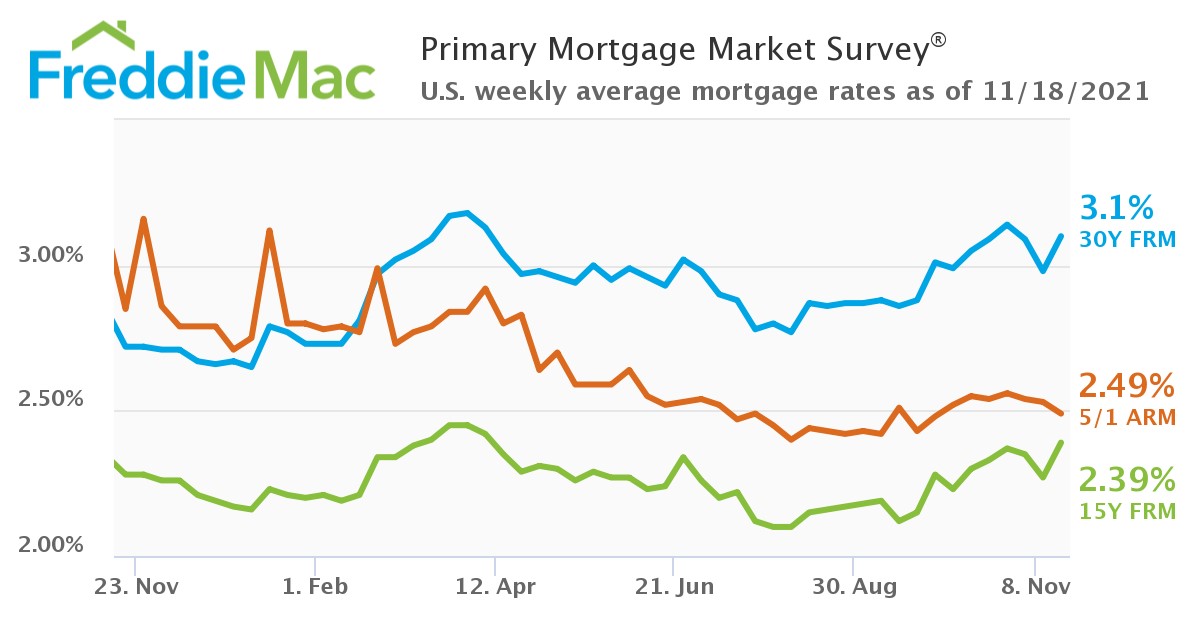 One of the challenges for today’s home shopper remains affordability, as the National Association of Realtors (NAR) recently issued a study that found the median sales price of single-family existing homes climbed 16% from one year ago nationwide in Q3 to $363,700.

As more are being priced out, they are turning to rentals, yet another market seeing record highs in Q3. CoreLogic, its Single-Family Rent Index (SFRI), recently reported that in September 2021, U.S. single-family rent growth increased 10.2%, the fastest year-over-year increase in more than 16 years. The increase in rent was nearly four times the increase seen in September 2020 (2.6%) on a year-over-year basis and is running well above pre-pandemic levels when compared with 2019.

The gradual rise in mortgage rates was expected, due in part to recent actions by the Federal Reserve to begin a gradual tapering in scaling back the purchase of billions in government bonds and other assets monthly, reducing its current pace of $120 billion purchased presently, and dropping that total to $105 billion in November, and down to $90 billion by December.

The Fed’s tapering was expected to apply upward pressure on mortgage rates, as noted by Odeta Kushi, First American Deputy Chief Economist. Kushi cites forecasts from Fannie Mae, Freddie Mac, the Mortgage Bankers Association (MBA), and the National Association of Realtors (NAR) that predict that rates to inch toward the 4.0% mark by the close of 2022.

Continued positive reports from the U.S. Department of Labor factored into increased spending and a rise in consumer confidence, as for the week ending November 13, the advance figure for seasonally-adjusted initial unemployment claims was 268,000, a decrease of 1,000 from the previous week's level, and the lowest level for initial claims since March 14, 2020.

Previous: Housing Starts Fall in October
Next: 10 Housing Predictions for 2022