Construction and Demand to Soar Across North America 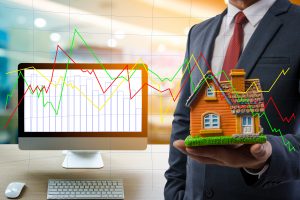 A new report by the Cleveland-based industry research group The Freedonia Group suggests new housing gains will boom over the next few years, easily outpacing new housing construction in other parts of the world. The Freedonia Group’s Global Housing Outlook, 7th Edition predicts a 4 percent annual growth for new housing units in North America through 2021.

According to the report, a surge in single-family housing construction in the U.S. will help make North America the fastest growing region in the world. The report states, “Growth will be driven in part by demand finally keeping up with new household formation following the precipitous declines in housing construction during the Great Recession.”

China and India are also growing exponentially, between them accounting for a combined 43 percent of all new housing units through 2021. Residential building construction in India is expected to be more than twice the global average. In China, an upswing in multifamily housing units is expected on the heels of numerous large-scale urbanization projects.

The news isn’t as good for parts of Western Europe, which the report suggests may be in danger on a housing bubble. In early 2017, Germany’s bank estimated that the nation’s housing market may be overvalued by as much as 30 percent. In Sweden, housing prices spiked 15 percent between 2015 and 2016, the fastest rate of any European Union country. To make matter’s worse, “household debt as a percentage of income reached 350 percent.” Per the report, “Many governments in the region are enacting measures to curb price growth in order to avoid the potential pitfalls of similar market conditions that contributed to the global financial crisis.”

According to the report, housing shortages are hitting developing nations throughout Central and South America, Africa, and the Middle East. “As a result, several of these countries' governments have enacted national housing programs, varying in scope from providing free housing to offering significant subsidies for home loans and rental units.”

The Freedonia Group’s Global Housing Outlook, 7th Edition “presents historical data (2006, 2011, and 2016) and forecasts for 2021 for new housing construction and housing stock by housing type (single-family and multifamily), region, and country.” You can learn more about the report here.