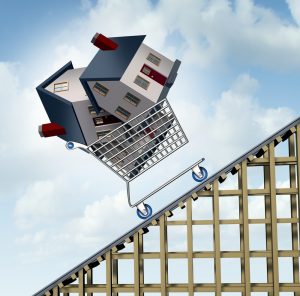 Although there are still problem areas, Freddie Mac’s latest monthly outlook shows many reasons for optimism, with “housing markets on track for their best year in a decade by a variety of measures.”

In Freddie Mac’s November 2017 Outlook, released today, Freddie predicts 1.2 million housing starts for 2017, and 6.13 million home sales. Both starts and sales are anticipated to increase across 2018 and 2019 as construction helps relieve the inventory shortages.

It's unlikely the economic environment will be much more favorable for housing and mortgage markets in 2018 and 2019. We forecast that interest rates will remain low by historical standards, but gradually creep higher over the next two years. We also forecast that housing construction will gradually pick up, helping to supply more homes to inventory-starved markets. More housing supply and modestly higher rates will lead to a moderation in house price growth. Refinance activity will drop to very low levels and the mortgage market will be dominated by purchase activity.

The second half of 2017 has seen Inventory shortages holding back a housing market that is otherwise doing well thanks to modest economic growth, job gains, and low interest rates. The inventory issue has been combining with low mortgage rates and a large number of interested potential homebuyers to drive price increases throughout the summer and fall.

According to Freddie, “Nationally, home prices increased at a 6.4 percent annualized rate over the quarter ending September 2017.” Home price growth is over 10 percent for the year in some markets, including Washington (12.8 percent) and Nevada (11.3 percent).

Freddie’s November Outlook also points out that tax reform could seriously affect their predictions for 2018 and 2019. According to the Outlook:

Considering the current level of uncertainty surrounding tax reform, we have not factored in the potential effects of recent tax plans unveiled by both the Senate and House of Representatives into our latest Outlook forecast. Estimates from different analysts show a large variation in estimated impact, based on assumptions about which provisions will be enacted and how the economy will respond. Given the uncertainty around the tax proposals and their impact on the economy, we present a baseline forecast assuming no tax changes.

You can read all the details in Freddie’s November Outlook by clicking here.