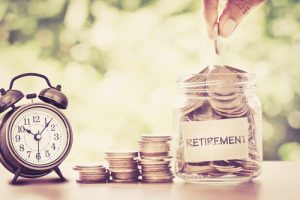 Retirement planning is a complex matter for anyone. Should you save or invest? How much do you reasonably need to live comfortably? If you’re going to relocate somewhere for your golden years, where is the best location? It turns out the answer to that last question might not be what you’d expect. It might actually be...Pittsburgh.

Believe it or not, the Steel City tops Bankrate’s new ranking of the best and worst cities for retirement, beating out Boston, Los Angeles, and Denver. Bankrate’s list grades the 50 largest U.S. metro areas based on several factors: tax burdens; crime rates; living costs; weather; public transportation; cultural amenities; percentage of the population over 65; and the overall well-being of seniors (as measured by the Gallup-Sharecare Well-Being Index).

Although Pittsburgh might not be the first location that springs to mind for many retirees, it scores well where it counts. Both the cost of living and crime rates are low, health care is good, taxes and amenities are both average, and it boasts a high population of seniors over the age of 65. It loses points for subpar public transportation and spotty weather, but neither factor is enough to keep it out of the top slot.

Another factor to consider is just how far your money will stretch. Even if you manage to set aside that million-dollar nest egg the AARP recommends, you’re going to need to know where that money will last the longest. According to research conducted by GOBankingRates, $1 million would last 26 years and 4 months in Mississippi, but that same amount of money would only last 11 years and 11 months in Hawaii. Those figures were calculated by totaling the average expenditures for people 65 and older, which includes groceries, housing, utilities, transportation, and healthcare, and then multiplying that by the cost of living index in each state to find the average expenditure cost for each state.

So how does Bankrate's top-rated retirement location of Pittsburgh fare when compared to GOBanking's research? Pittsburgh's home state of Pennsylvania wound up at number six on GOBanking's 2016 list of the best states to retire rich in, owing to low housing costs and high per-capita Medicare spending offsetting health insurance costs.