Home >> Daily Dose >> The Search for the ‘Missing’ Mortgage Loans

The Search for the ‘Missing’ Mortgage Loans 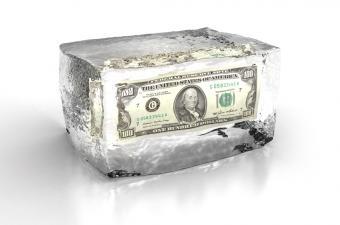 If the same lending standards had been in place in 2015 that were in effect in 2001, mortgage lenders would have made 1.1 million more loans than they did last year, according to new analysis from Urban Institute’s Housing Finance Policy Center.

In fact, lenders made 6.3 million fewer mortgage loans from 2009 to 2015 than they would have if “reasonable” lending standards had been in place, according to the HFPC.

This number of “missing loans” in 2015 corresponds with a decline in the number of annual mortgage loans made—from 4.6 million in 2001 down to 3.5 million in 2015, the HFPC reported. According to the Urban Institute, the reasons for the tight credit box include overlays, which are restrictions lenders put in place out of concern that they will have to repurchase the loan if it defaults; increased costs to service loans that are delinquent; and c0ncerns lenders have over potential litigation for loans that are imperfect.

“While the tight credit box persists to the frustration of borrowers, lenders, and policymakers, there has been modest progress,” wrote Laurie Goodman, Jun Zhu, and Bing Bai, the authors of the report. “(Federal Housing Finance Agency) has taken many steps to address overlays, and the FHA (Federal Housing Administration) has taken some, but far fewer, steps. Nevertheless, this latest figure supports the urgency of continuing regulatory and other reforms that will make mortgages more accessible to all creditworthy borrowers.”

“These missing loans don’t just mean 1.1 million families are deprived of sharing in the critical wealth-building opportunity of homeownership,” the authors wrote. “Fewer home sales also mean fewer construction jobs and lower sales of consumer goods that homebuyers purchase when they move into their new residence. Ultimately, this loss slows the entire US economy.”