Home Shoppers: Beware of the Bargain 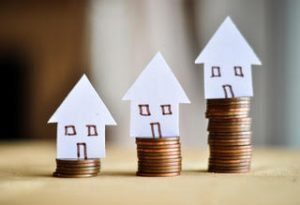 ‘Tis the season. Black Friday is upon us, and shoppers will be out hunting for holiday bargains. For anyone wondering what kind of bargains there are in the housing market this season, Trulia did some research into “bargain” homes across the country and whether they live up to their hype.

Trulia reviewed listing descriptions in the nation’s 100 largest housing markets to determine how many of the homes listed as “bargains” actually were. Ultimately, buyers should beware when seeing this term or other similar terms.

“Much like Black Friday discounts, listings touting bargains and deals may help bring prospective shoppers to the door,” wrote Alexandra Lee, a housing data analyst at Trulia. “But also like Black Friday, once in the door, you might just end up spending more on that home than you bargained for.”

In 35 percent of the 100 largest markets, homes described with terms such as “bargain” on average were not listed for below their estimated value, according to Lee’s research.

So are there any places where home shoppers can take sellers at their word when it comes to “bargain” pricing? The metros with the highest percentage of “bargain” listings with prices below their actual value were found in San Jose, California (86.2 percent), San Francisco, California (83.2 percent), and Camden, New Jersey (78.8 percent).

However, if there is any surprise that San Jose and San Francisco made the top of the list, Lee pointed out, “While these pricey Bay Area metros appear to have a sizeable share of deals on the market, they also see the most homes sold above asking.”

On the other hand, Camden ranked highest for percentage of listings claiming to be bargains with 7.1 percent of listings making the claim. Camden also ranked higher than any other metro for the percentage of discount on its “bargain” homes. Homes advertised as deals or bargains were listed for an average of 21.1 percent below their estimated value.

In Camden, on the other hand, homes sold for 6.9 percent below their list price.

Following Camden on the list of metros with the highest percentage of listings advertised as bargains were Bridgepoint, Connecticut, with 6.7 percent of listings; Lake County, Illinois, with 6.1 percent; and Cape Coral, Florida, with 5.8 percent.

However, such was not the case in Cape Coral, where just 36.5 percent of bargain listings were priced below their value, and the average bargain listing was priced 3.1 percent higher than its estimated value.

The lesson for home shoppers this holiday bargain season: “As with most things in life, we found that some ‘deals’ were too good to be true,” Lee said.

Previous: Eye on the Industry: Updates on Ellie Mae, HomePoint Mortgage, and More
Next: The Ripple Effect of Student Debt