Chain Reaction: How High Home Prices Affect Us All 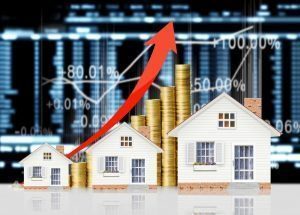 Rising home prices and elevated home prices have been making headlines for some time, but for those not in the market for a home in the near future, does it really matter? Researchers from the Urban Institute say it does. Home prices affect the economy at large, and thus everyone in it.

Today’s elevated home prices are driven by “inadequate supply, not easy credit” as in the years leading up to the housing crisis in 2008, explained the researchers from the Urban Institute in a blog post on the Urban Wire. They asserted that “today’s high prices don’t make the market vulnerable to a similarly severe downturn.”

Nonetheless, elevated home prices do have a broader impact on the economy.

Housing has rebounded somewhat and has varied between 3.3 and 3.4 percent of GDP since 2016, but it remains “significantly below the historical average,” the researchers stated.

In the current housing market, home prices have climbed steadily with significant growth at the lower end of the market, precluding many low- and middle-income earners from homeownership. Thus, rents become more competitive. In fact, the Urban Institute found that the percentage of rent-burdened households—those paying more than 30 percent of their incomes on their rent—rose from 39.8 percent in 2000 to 49.7 percent in 2016.

This issue is highly magnified among lower income earners. When observing specifically those earning between $20,000 and $50,000, the researchers found the share of rent-burdened households rose from 27.3 percent in 2007 to 62.3 percent in 2016.

The second impact, lower demand for consumer goods, is a direct and obvious impact. When housing takes up more of one’s income, one has less to spend on other goods and services. Thus, other areas of the economy suffer. Were the current home price trend to be reversed, the researchers suggest there could be “greater consumption of other goods and services that stimulate growth and employment gains in other sectors, which could have a multiplier effect.”

The third impact, misallocation of labor, occurs as it becomes too expensive for people to live in some areas, even if there are job opportunities there.

Lastly, researchers point out that wealth disparities grow with rising home prices. Lower income earners end up paying a higher percentage of their incomes on housing as rents and lower priced homes are especially inflated. Meanwhile, those who already own a home experience rising wealth.

The answer to today’s problem of high home prices, which is easier to identify than to overcome, is insufficient supply. Increase the supply of homes, and rent burden, lower consumer goods demand, misallocated labor, and growing wealth disparities may begin to diminish.