Home >> Daily Dose >> What a Difference a Decade Makes

What a Difference a Decade Makes

It has been 10 years since house prices peaked nationwide; two years later, the bubble burst. Across the country, home prices have significantly recovered and are now an average of only 7 percent below their pre-crash peak. Nearly 150 metro areas have set all-time price peaks in 2016, but due to strong housing metrics, this does not signal a price bubble, according to Nationwide’s Health of Housing Markets report for the third quarter of 2016. Nationwide SVP and Chief Economist David Berson discussed with MReport how different the current market is from the pre-bubble days.

Berson // It is very, very different. The reason we made the comparison in the report is that one, it’s a decade, and two, house prices nationally are getting much closer to the peaks that we saw in 2006. There are a number of markets around the country where prices are above that 2006 peak, but there are some that aren’t quite there yet. The question we asked ourselves was, if prices have moved up significantly, which they have since the housing bust ended, are we looking at the precursors of another drop in house prices? When we look MSA by MSA, even in those MSAs where prices are above their previous peak, you’d be very hard pressed to say that there is much of a bubble going on today.

M // Why is there not any concern about a bubble right now?

Berson // A lot of the difference has to do with the mortgage market itself because a decade ago it was quite easy to get a mortgage. Today, it is rather difficult, even with some easing in credit availability, to get a mortgage. The credit quality of the loans themselves is much, much better. Second, even with prices having gone up a fair amount in many areas, because mortgage rates remain low, affordability is still pretty good as opposed to a decade ago when we had even higher house prices and mortgage rates that were also much higher. Third, if you look at this economic expansion, it’s been pretty modest, and that may be sugarcoating it. But the best part of the economic expansion is what’s happening with jobs. We see pretty solid job growth, and that looks to be continuing. We have job openings at record highs. Employers are not firing their workers. And we’re starting to see wages move up more significantly. So all of those things are far more positive signs of the job market than what we saw a decade ago as we were approaching the end of that expansion. Despite elevated prices in a number of areas, the other components—good mortgage components, good job components—are more than offsetting relatively high prices in a number of markets. And still, in many markets, prices have not yet risen to what they were a decade ago. 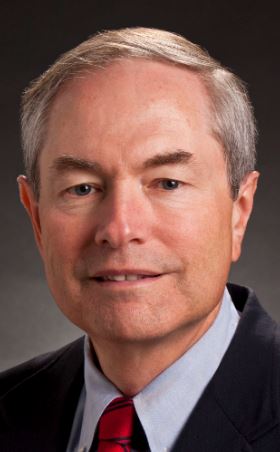 M // Why is housing activity sustainable across most markets?

Berson // One, the job market is still pretty solid. Two, affordability has come down with prices higher, but it’s still pretty high. Three, demographics are becoming more favorable. Household formation is picking up. Every new household has to live somewhere. They may rent or they may own, but they have to live somewhere. Maybe it puts upward pressure on rents, which then convinces renters to buy. All those things seem to be sustainable. Homeownership rates have come down significantly, and clearly people talk about millennials and particularly the problems that millennials have with student loan debt and how they’re putting off buying. That has been the case, but we’re starting to see millennials move into age groups where homeownership rates move up significantly. It’s one thing to live in your parents’ basement when you’re 23. It’s another thing when you’re 30 and have a significant other. A lot of pickup in household formation is coming from those older millennials.

M // How are the housing market and the economy going to work together to boost each other?

Berson // To the extent that a good economy boosts the housing market, you’ll see a pickup in spending on housing, including housing construction, which leads to more jobs and more income being generated. Even existing sales will create incomes for real estate agents and others associated with the process. People who will buy existing homes often will buy new things to put in those houses. As the job market gets better and allows people to do more with housing, then the housing market itself generates more jobs and income. So you get a virtuous circle there of jobs and income helping housing, and housing helping jobs and income.

M // There has been a 22 percent spike in mortgage originations in the last year, according to the latest HMDA data. What factors are behind the increase?

Berson // Some of it is due to refinance originations. Mortgage rates in general have been lower this year than last year, and last year we thought they were as low as they could possibly be. That drop in mortgage rates has been enough to get more people to refinance. The other part of it is, purchase originations are climbing. Purchase originations are up because home sales are up and house prices are up, so the average mortgage amount will rise as well for a new home compared with last year. If you add together the pretty robust refinance volumes with the pickup in purchase volumes, you get a pretty decent jump in mortgage originations.

Previous: Mortgage Rates: Higher for the Holidays
Next: HELOCs: The Untapped Opportunity for Growth and Profits