President-elect Donald Trump has yet to make an official announcement as to who he will nominate for the position of HUD Secretary in the new administration.

But on Tuesday, however, Trump confirmed the addition of two new members to the HUD transition team—one of them the son of a former HUD Secretary.

The two new members of HUD’s transition team, according to Trump’s website, are Shawn Krause and Jimmy Kemp.

Krause is EVP with Quicken Loans, having joined the Detroit-based lender in 1991 as a loan processor and later serving in several different leadership positions. In her current role as EVP, she leads Quicken’s government advocacy program; her team works alongside lawmakers, regulatory agencies, and other influencers in Washington, D.C. Krause has “been instrumental in driving the company forward,” according to Quicken’s website.

Quicken is the country's largest underwriter of single-family mortgage loans insured by the Federal Housing Administration (FHA), a government agency that is part of HUD.

According to the Wall Street Journal, Krause registered as a lobbyist with Quicken in 2009 but deregistered as a lobbyist a few weeks ago. The WSJ added that Quicken did not believe the appointment of Krause to the HUD transition team was a conflict of interest. All lobbyists were removed from the Trump transition team a few weeks ago, according to Fox News.

"Shawn Krause has done nearly everything there is to do in the mortgage industry," Quicken Loans CEO Bill Emerson told MReport. "Having her on a landing team inside HUD, with her skill and knowledge, is one of the best things that could happen to HUD." 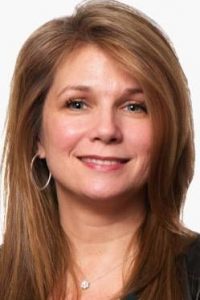 Kemp is the son of Jack Kemp, who was HUD Secretary in the George H.W. Bush Administration. Jimmy Kemp established strategic consulting firm Kemp Partners in 2002 in Washington, D.C., to provide government relations and corporate affairs, according to his official bio. He has gone before Congress, the White House, and other federal agencies to represent his diverse clientele, which includes many Fortune 500 companies.

In 2009 after his father’s death, Jimmy Kemp established the Jack Kemp Foundation. According to the foundation’s website, its mission is to “develop, engage and recognize exceptional leaders who champion the American idea, beginning with the premise that the condition of your birth shouldn’t determine the outcome of your life.”

"Mr. Kemp is honored to serve on the transition team for HUD," a spokesperson from the Jack Kemp Foundation told MReport. "The importance of a smooth transition in our government can't be overstated."

Both Jimmy Kemp and Jack Kemp played professional football. Jimmy played for eight years in the Canadian Football League and Jack played for 13 years in the NFL and AFL, mostly with the Buffalo Bills.

Previous: Trends Indicate that a Shift is Imminent
Next: The Housing Forecast for 2017 Calls For . . .