Ginnie Mae Pres on Growth: ‘Our Systems Are Volume Agnostic’ 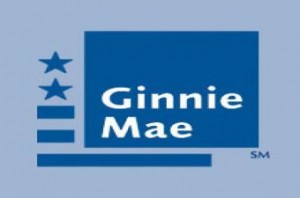 Much of the discussion focused on a paper Bright co-wrote with former FHFA Acting Director Ed DeMarco in September 2016. Bright and DeMarco’s proposal would “end the conservatorships, reconstitute Fannie Mae and Freddie Mac as lender-owned mutuals, and build on the credit risk transfer (CRT) initiative to create a private market for mortgage credit risk while preserving a government-guaranteed rates market for mortgage-backed securities.” In addition, Ginnie Mae would be removed from the Department of Housing and Urban Development (HUD) and converted into a standalone government corporation like FDIC, “with authority over its own budget, hiring, and compensation.”

Even though he proposes changes, Bright had plenty of positive things to say about Ginnie, and the things it does well. “At a very high level, the Ginnie Mae wrap works because we do two things effectively. First, we are transparent about our rules and our processes with our investors. And second, we work hard to police our program.”

Whether or not Ginnie undergoes that sort of large-scale change in the future, there are plenty of challenges closer at hand. With the mortgage market moving to modernize and embrace e-mortgages, Ginnie Mae is moving to follow. While Bright conceded there were various upgrade and architecture challenges posed by this, he said Ginnie has those upgrades slated for 2018.

Bright continued, saying, “If you have a property that has been damaged through a flood, and the property cannot get into a conveyable condition to file a claim with FHA, it does raise the risk that the issuer, if they’re concentrated in that particular geographic location, could have an insolvency situation.” Bright said they were currently analyzing the total impacts of the floods.

Rep. Randy Hultgren (R-Illinois) asked Bright if he had any concerns about Ginnie’s recent or expected growth. “We’re very aware that with greater size comes greater risk, especially when your base is shifting,” Bright said. However, he said that he didn’t believe growth was concerning in and of itself, as Ginnie has an array of risk-management tools and the processes tend to work the same way regardless. “Mechanically speaking, our systems are volume agnostic,” Bright said.

Looking forward, Bright said Ginnie’s focus over the next few years would be ensuring that issuers have access to the liquidity they need, having a solid idea of the value of the MSRs involved, and having a game plan for what they would do with the MSR in the event of a problem. “It’s not so much value as the quality of your counterparty that matters,” Bright said.

You can watch the full video of the House Financial Services Committee hearing below.

Previous: Rising Rent Costs Blocking Homeownership Dreams for Many
Next: Top 5 Markets for the Degree-Holding Homebuyer