Home >> Daily Dose >> The Importance of Digitizing the Mortgage Experience

The Importance of Digitizing the Mortgage Experience 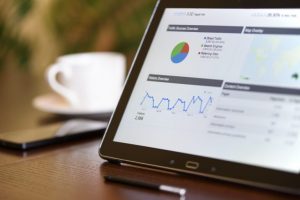 “Digitization is rapidly changing how organizations create value and compete. Through previous studies, we found that lenders have consistently shown a strong interest in leveraging technology to improve both the front-end consumer experience and back-end operational efficiency,” said the author of the piece, Kimberly Johnson, EVP, COO, Fannie Mae.

Fannie Mae says 44% want to see improvements of the front-end consumer experience, 18% say they feel back-end operational efficiencies are most important Thirty-six percent said that both are equally as important.

“Mortgage origination is complex – it involves many players in the value chain and many processes to transmit large volumes of data among a series of interconnected parties, including consumers, investors, and an array of service providers and stakeholders,” Johnson said. “Back-end operations are inherently more complicated than the front-end borrower experience. While most lenders cited the implementation of a Point-of-Sale (POS) system as a successful example on the front-end, it is more difficult to implement a single solution to transform back-end operations.”

“While it's relatively straightforward to calculate returns on the implementation of a POS system, calculating returns on back-end digital transformation efforts is often more nebulous; and, any returns might stay negative for several years as these efforts generally do not yield immediate cost savings,” she said.

Johnson said continuous investment in back-end operation is “critical” to a well-functioning and sustainable mortgage industry. She added that these investments not only help cut down on human errors but also translate fixed labor costs into variable costs.

Mortgage companies are investing large funds into technology, including Snapdocs, who raised $25 million in funding to help develop its artificial intelligence offerings and platforms.

Previous: The Long Drive for Homeownership for Millennials
Next: First-Time Homebuyers: The Keys to Growth