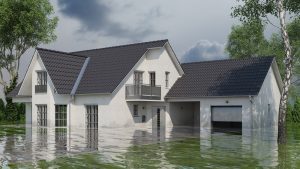 This week HUD announced a $615.9 million grant had been awarded to the State of Florida, designed to help communities in the Sunshine State recover from Hurricane Irma’s damaging floods earlier this year. This comes after a mid-November grant of more than $5 billion to help Texas recover from Hurricane Harvey. Both grants are pulled from a larger $7.4 billion block that is being divided between Texas, Florida, Puerto Rico, and California (following that state’s widespread wildfires). But how exactly will the money be distributed and used on the ground in Florida and Texas?

In the case of Florida, the nearly $616 million will be distributed through Florida Department of Economic Opportunity. The grant is earmarked for housing, business losses, and damaged infrastructure, but it almost certainly won’t be enough to cover every need. Of Florida’s 67 counties, FEMA designated 48 of them for individual assistance. According to the Orlando Sentinel, “in Orange, Seminole, Orange and Osceola counties, more than 37,660 Irma-related insurance claims had been closed without payment—making them part of the 250,000 unpaid and closed claims statewide.”

According to a HUD analysis, thousands of middle- and lower-income Florida homeowners and renters “experienced serious damage to their residences and were not adequately insured for flood damage.” The state is coordinating with various government officials to figure out exactly how that grant money will be disbursed. Tiffany Vause, director of communications for the state Department of Economic Opportunity, also said that they will likely seek additional federal funds beyond the $615 million.

In Texas, it’s been three months since Hurricane Harvey hit the gulf coast. According to the Texas Tribune, Texas leaders are estimating they may need as much as $121 billion in federal money to tackle damages just to public buildings and infrastructure—a figure that makes that $7.4 billion grant look like a drop in the bucket. There’s no official estimate for what the damage tally is for private homes, but according to the Tribune, “more than 18,000 families were still living in FEMA-paid hotel rooms as of Nov. 13 and federal inspectors have visited more than 570,000 homes damaged by Harvey.”

While that HUD grant is undoubtedly much needed, the Tribune reveals that none of that money has been handed over to the State of Texas yet. Given that it’s only been two weeks since the initial HUD announcement, that’s not too surprising, but HUD will reportedly be announcing spending parameters for the Texas grant sometime in December.

Texas has received more immediate federal relief from FEMA, which has so far spent around $1.4 billion to assist Harvey victims with short-term needs, including $186 million toward hotel rooms for displaced residents. FEMA’s National Flood Insurance Program has paid out even more, paying more than $5.7 billion in claims for Texan homeowners who were underinsured or not covered by private insurance.

Even once those HUD millions are disbursed, it will be a long road to recovery for Florida and Texas homeowners trying to pick up the pieces after hurricane season.

Previous: Millennials in the Market: The Key to a Faster Recovery?
Next: Going Down, Still . . .