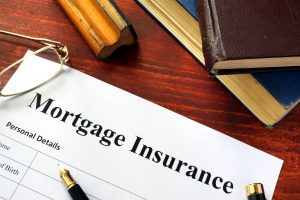 In 2006, Congress enacted legislation allowing a deduction for MI premium payments, and although this provision has been extended due to its importance to middle-class homeowners, it currently remains temporary.

“Making this deduction on mortgage insurance premium payments permanent and giving hard-working families some breathing room is long overdue,” said Rep. Kind. “I’m proud to introduce this bipartisan legislation to make sure we stop kicking the can down the road on this important deduction.”

According to U.S. Mortgage Insurers (USMI), the tax provision on MI premiums has always been temporary, with extensions made every couple of years. In 2017, nearly 2.3 million Americans claimed the deduction in 2017 (the latest data available) with nearly 60% of those taxpayers having less than $75,000 adjusted gross income (AGI), and 90% with less than $100,000.

“At a time when many Americans are still struggling to recover economically, this legislation will provide much-needed relief to millions of low- and middle-income families looking to purchase a home,” said Rep. Buchanan. "I look forward to working with Rep. Kind to make this important tax break permanent and ensuring that the goal of homeownership is still attainable for working-class families.”

“Making permanent the ability of homeowners to deduct mortgage insurance premiums from federal income taxes and doing so in a way that makes this important tax deduction available to more hard-working middle-class families, is smart public policy that benefits potentially millions of existing homeowners,” noted U.S. Mortgage Insurers in a release. “Low down payment mortgages have proven critical for millions of low- and moderate-income, first-time, and minority borrowers to buy a home sooner, secure financial stability, and build intergenerational wealth.”