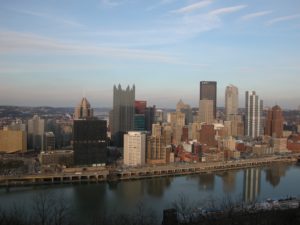 Pittsburgh, Pennsylvania is the most affordable city for buyers looking to purchase their first home, according to a study by the American Enterprise Institute's (AEI's) Center on Housing Markets and Finance [1].

The study ranked the affordability of 50 metropolitan regions in the U.S. for first-time homebuyers by using the ratio of home prices to incomes. The study also factored in the square footage and the price per square foot of living area.

With an affordability of 2.3 that has remained unchanged since 2013 and a median home priced at $143,000 against a gross annual income of $60,000, Pittsburgh, Pennsylvania was the most affordable city for first-time homebuyers, according to the study. Cleveland, Ohio, with an affordability of 2.4 and home prices at $134,000 compared with a gross annual income of $56,000 was ranked second, followed by Cincinnati, Ohio (2.6); St. Louis, Montana (2.6);  and Columbus, Ohio (2.7) rounding up the top five most affordable cities.

Six California cities ranked amongst the least affordable metros for first-time buyers in the study. San Jose, California was the least affordable city for homebuyers in the U.S. with an affordability ratio of five which has risen by 0.3 since 2013. Home prices in this metro were pegged at $650,000 against a gross annual income of $126,000. Another California city, Los Angeles was the second least-affordable city in the country. With an affordability ratio that has risen 0.1 points since 2013 to 4.6, homes in LA cost $495,000, while gross annual income is estimated at $103,000. San Francisco (4.6); San Diego (4.5); and Denver, Colorado (4.1) rounded off the five least affordable cities in the U.S. for first-time homebuyers.