Home-Price Appreciation on the Rise 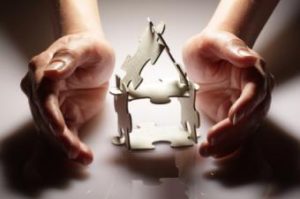 CoreLogic’s October Home Price Index (HPI) says home prices rose 3.5% and are projected to increase by 5.4% over the next year. The increase in the October 2019 HPI gain, however, was down from October 2018’s rise of 5.2%.

October 2019’s increase in the HPI was higher than September’s 3.3%. CoreLogic states home prices have been gradually rising year-over-year between 3.2% and 3.5% over the past six months.

Home prices have increased annually on a monthly basis for more than seven years since 2012 and have gained 62.5% since bottoming out in March 2011. The overall HPI in October 2019 was 9.4% than its pre-crisis peak in April 2006.

The lowest-priced tier increased 5.5% year-over-year in October 2019, compared to 4.7% for the low-to middle-price tier, 4% for the middle-to moderate-price tier, and 3.1% for the high-price tier.

Since 2011, price gains were strongest for lower-priced homes, with that tier seeing prices increase by 96.1%.

Idaho once again led the nation in appreciation, which is had done for more than a year, with an annual appreciation of 10.9% this October. The next closest state was Maine with an appreciation rate of 8%. Connecticut's home prices were unchanged from October 2018.

CoreLogic said prices in 41 states, including the District of Columbia, are higher than their nominal pre-crisis peaks. Connecticut home prices in October 2019 were the farthest below their all-time HPI high and are 16.5% below the July 2006 peak.

New York, Illinois, the District of Columbia, and New Jersey all had annual price gains of less than 2%.

Home-price growth slowed in 38 states compared to a year earlier and was most pronounced in Nevada, with prices increasing just 3.2% year-over-year—an 8.7% decline from the 11.9% annual increase in October 2018.