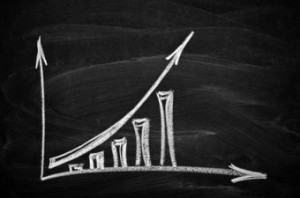 According to the new data from the MBA's Quarterly Mortgage Bankers Performance Report, "independent mortgage banks (IMBs) and mortgage subsidiaries of chartered banks" reported a net gain of more than $2,500 on loans originated during Q3 2021. This was an increase over the previously reported Q2 2021 net gain of $2,023 per loan.

The MBA data notes that, accounting for "both production and servicing operations," 92% of firms posted profitability for Q3. That's up compared to 84% in Q2.

In a statement, Marina Walsh, CMB, MBA's VP of Industry Analysis, said, "Net production profit rebounded in the third quarter of 2021 after a drop-off in the second quarter, but was down more than half from the record profit one year ago. Production revenue was the difference-maker, increasing more than 20 basis points from the second quarter. However, production revenue was still down almost 80 basis points compared to a year ago."

Walsh also noted that per-loan production expenses reached the second-highest level ever reported, having continued a rise that has extended over five consecutive quarters.

"Rising sales costs that are often determined based on a percentage of loan balances was one primary factor for the increase in expenses," Walsh continued. "The average loan balance for first mortgages reached another study-high in the third quarter, passing the $300,000 threshold for the first time to over $308,000."

Other key datapoints from the MBA IMB report included: