Household Debt and Its Hidden Costs 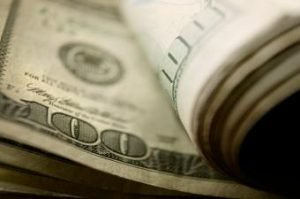 According to the report, outstanding household debt reached a record high of $12.84 trillion. Meanwhile, the nation’s consumer spending is growing at its fastest pace since 2009.

“For Americans watching their debt levels rise while they struggle to make monthly payments, the situation can feel hopeless and have a serious impact on their quality of life,” said Greg Anton, CPA, and Chair of the AICPA’s National CPA Financial Literacy Commission.

The telephone survey results find that 39 percent of respondents say they feel anxious at the thought of paying off their debt, and of those, 21 percent say debt is causing relationship tension with a spouse or partner—with 11 percent having misled family or friends about their financial situation.

Debt has also managed to cause anxiety throughout a person's day—with 31 percent admitting to worrying about their debt in general while 18 percent say they worry while at work, and 25 percent worry at bedtime.

Additionally, 28 percent of Americans with debt say they stress about everyday financial decisions because of their debt.

The survey found that debt has made the most impact on millennials, who are reportedly twice as likely to worry about debt compared to Baby Boomers. According to the results, 68 percent of millennials admit debt has had a negative impact on their everyday life compared with roughly half of Baby Boomers—at 48 percent—and 59 percent of Gen X.

“Debt is taking a greater mental toll on Millennials than older generations. But the good news is that they also have the most time to do something about it,” added Anton. “Positive financial changes incorporated into a plan now can lead to a big positive financial benefit over time.”

However, 71 percent of Americans with debt agreed that there is specific debt that can be a smart investment, such as payments on a home and funding an education. Although 41 percent of respondents cited their mortgage and 23 percent pointing to student loans as driving their debt.

“In many cases, it makes good financial sense to invest in yourself in the form of taking out student loans for higher education or taking on a mortgage as an investment for you or your family,” said Anton. “It’s important to be realistic about the long-term costs and benefits of any debt you take on. Job markets can change and housing markets have peaks and valleys. Even so-called ‘good debt’ can linger, accruing interest and negatively impacting your entire financial life.”

In the end, the report provides a few ways to establishing a plan to live debt free in the future—and help reduce anxiety today. To view the full report, click here.

Previous: Defect Risk Simmers, Except in Hurricane-Damaged Markets
Next: FHFA: House Prices Remain on the Rise