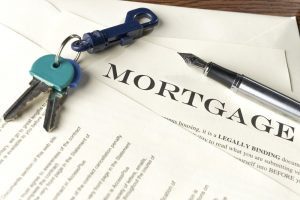 According to the latest First American Loan Application Defect Index, the surge in the defect, fraud, and misrepresentation risk that started a year ago has finally lost momentum in October 2017.

While the Index remained the same compared with the previous month, it did experience an increase year-over-year by 22.1 percent. However, the Index is still down 18.6 percent from the high point of risk in October 2013.

In terms of refinancing transactions, the Index decreased 1.4 percent month-over-month and is 19 percent higher than a year ago. In addition, purchase transactions remained unchanged compared with the previous month and are up 12.5 percent from a year ago.

“The Loan Application Defect Index has either remained unchanged or declined in every month since July, and the index value is the same level as in the summer of 2015,” said First American Chief Economist Mark Fleming. “Nationally, defect, fraud and misrepresentation risk has stabilized, but the local impact of recent natural disasters remains a concern.”

Fleming explains that the current data seems to validate that there is a correlation between natural disasters and rising loan application defect risk.

“Our defect, fraud and misrepresentation risk index shows the largest month-over-month increases in defect risk are in hurricane-impacted markets,” said Fleming. “Even Houston, one of the largest markets in the country, is not immune to the rising defect risk.”

In October, four of the five markets with the greatest increases in defect risk compared with September is in Florida and Texas:

The next release of the First American Loan Application Defect Index will be posted on the week of December 25, 2017.

Previous: Tax Reform: What’s the Impact?
Next: Household Debt and Its Hidden Costs